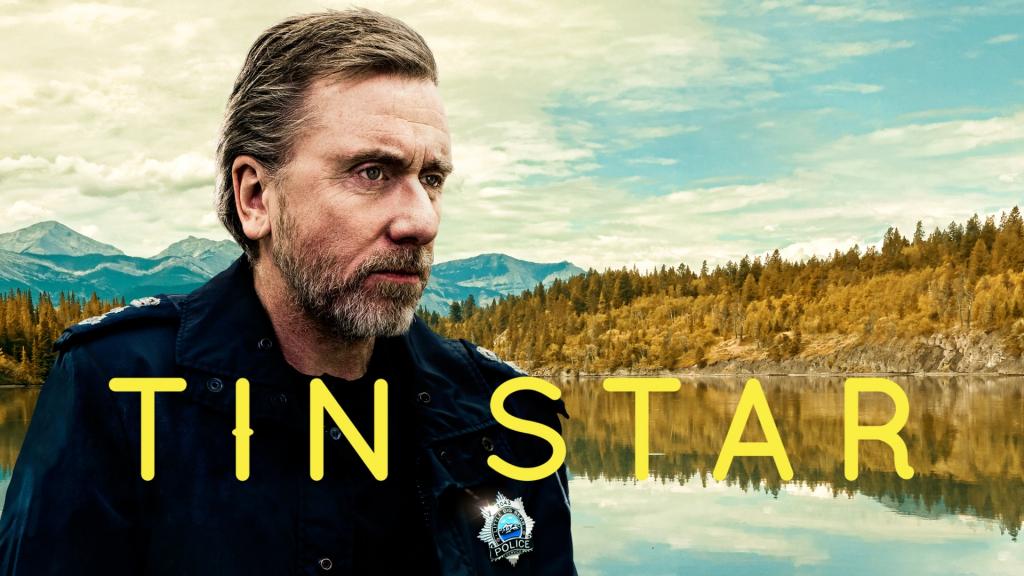 Kudos TV, the producers of Broadchurch & Grantchester swap the heart of the Canadian Rockies for the Banks of the River Mersey.

An explosive third and final series of Sky Atlantic’s critically acclaimed drama Tin Star has been commissioned. Tim Roth, Genevieve O’Reilly and Abigail Lawrie return as the Worth family in the final chapter of the trilogy, produced by leading independent producers Kudos and Gaumont UK and created by British writer Rowan Joffe.

The third instalment of 6 episodes (6 x 60’) will go into production later this year and will be set & shot in and around Liverpool, culminating with the Worth family returning to the UK to confront their menacing past.

The announcement comes as the final episode of series two, described by The Observer as “cloyingly absorbing” and Event Magazine as a “superb modern-day western”, aired on Sky Atlantic this week.

At the end of series two, which is currently available to watch on demand on Sky and streaming service NOW TV, Jack (Tim Roth) and Angela (Genevieve O’Reilly) are forced to reveal a devastating truth to daughter Anna (Abigail Lawrie), but the family’s dark history soon catches up with them as their ultimate threat arrives on their doorstep.

Cameron Roach, Director of Drama at Sky, said: “We are thrilled to announce a final season of Tin Star. The combination of Rowan’s imagination and the central performances led by Tim Roth mark Tin Star as a standout example of British creativity. Returning alongside our original series such as Britannia and Riviera, as well as forthcoming titles Catherine the Great, Little Birds and Gangs of London, we’re demonstrating our commitment to bring ambitious, local, stories with global appeal to Sky customers.”

Alison Jackson, President at Gaumont, said: “I’m so thrilled to be able to continue my relationship with Tin Star while in my new role. Having the show as Gaumont’s first UK co-production is terrific. Bringing the narrative of the show back to the UK gives us an exciting opportunity to surprise our audience and give the Worth family an even bigger and more unexpected challenge this season! I look forward to spending more time with the amazing characters established so beautifully by our cast in seasons one and two.”

Martin Haines, Co-Managing Director of Kudos, said “We love the Worth family and their special brand of mayhem as much as viewers do and we’re really thrilled at the prospect of being able to join them for a third series to delve deeper into the secrets of their anarchic past, it’s sure to be another thrill ride.”

Rowan Joffe said: “A show creator and writer’s work is only as good as his team: and I am very grateful to have another chance to write for Tim Roth, Genevieve O’Reilly and Abigail Lawrie – and executive producer Alison Jackson. An awe-inspiring roster of talent and a chance to deliver our best season yet.”

Tin Star series three is the latest in a string of recent commissions as Sky continues to invest in original productions. Forthcoming dramas that will air in 2019 include Catherine The Great, Chernobyl, Temple and Riviera 2.

Tin Star is produced by Kudos, the makers of Broadchurch, Grantchester, Humans and Gunpowder, part of The Endemol Shine Group, and Gaumont UK, the London-based subsidiary of the US Narcos producer. Executive producers are Alison Jackson, Paul Gilbert and Rowan Joffe. The third series of Tin Star has been commissioned for Sky by director of drama Cameron Roach and director of programmes for Sky entertainment UK & Ireland Zai Bennett, and is internationally distributed by Endemol Shine International and Sky Vision.

Filming began in Liverpool in July 2019, with a casting announcement of some new Liverpool actors in exciting roles for the final chapter. Read the news here.