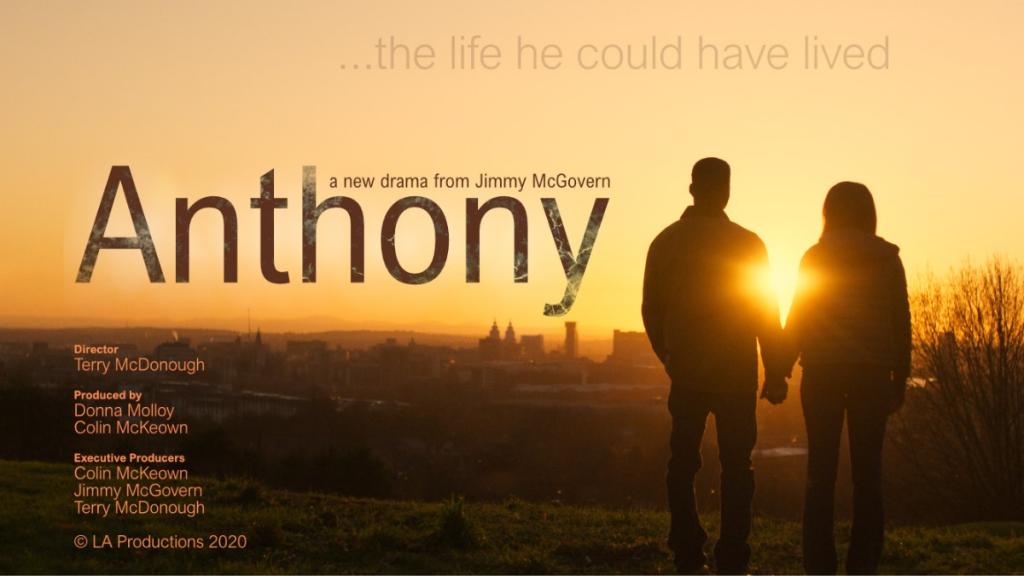 15 years on from his death, Anthony Walker’s story is being told in a one-off film on BBC One, produced by Liverpool-based LA Productions.

Jimmy McGovern’s new drama could not have been shown at a more pertinent time, when more people than ever are having crucial conversations on race and representation. On 29 July 2005 in Huyton, Merseyside, Anthony Walker was murdered in a racist attack. He was 18 years old. This powerful piece imagines Anthony’s ambitious future, but grounded in brutal reality. 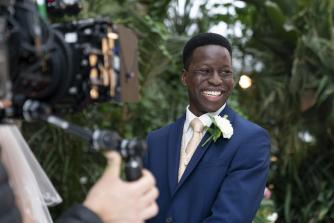 Anthony was filmed in and around Liverpool.

Watch the official trailer for Anthony below.

The making of ‘Anthony’

Walker’s mother Gee approached celebrated Liverpool screenwriter, Jimmy McGovern with the idea to show “Anthony’s unfilled dreams, his potentials and the many lives he would have impacted on. 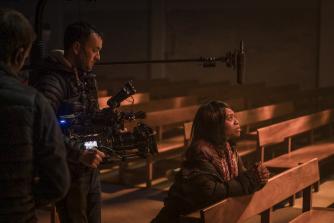 “I went to Jimmy because I couldn’t think of anyone more suited who could depict, highlight and draw attention to the hard messages of a life not lived – Anthony’s unfilled dreams, his potentials and the many lives he would have impacted on – which now will never be realised.”

“It was akin to Hillsborough, that kind of impact.”

Speaking about Walker’s murder, Anthony writer Jimmy McGovern said during a Q&A roundtable that the news was “huge in Liverpool”.

“It had such an impact on the city. The sense of outrage was enormous, everybody marching and walking and just wanting to be associated with the Walker family and their grief,” he said. “It was akin to Hillsborough, that kind of impact.”

Read more from the Q&A with Radio Times here.

Anthony was filmed in and around Liverpool in late 2019 and edited at LA Post.

This is the sixth collaboration between LA Productions, Jimmy McGovern and BBC One, following award winning success with Care, Broken, Reg, Common, and ten series of BBC Daytime’s Moving On.

Behind the scenes with Anthony’s Toheeb Jimoh

“right from the get go I knew how special a show it was going to be. You only really needed to see Jimmy’s name on the script to know that.” 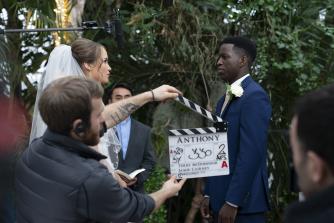 “This project has reaffirmed my belief in the power of art. It’s sometimes easy to discount abstract solutions to a problem – when I think about racial injustice/inequity I sometimes ask myself: “Why didn’t I become a lawyer?” So much of our subconscious bias comes from what we see on TV, (the news, TV shows and media in general) so of course part of rewriting that has to be through what we see on TV. This project really helped me to remember that. That’s a lesson I’ll hold on to for the rest of my career – It’s why I wanted to act in the first place!”

Behind the scenes with Anthony’s Julia Brown

“I loved every minute of it. 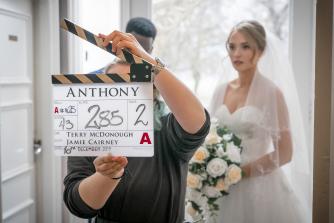 It was so special to have the chance to live in Liverpool – a place that now owns a little piece of my heart. Getting to work with the cast that I did and Terry McDonough, a director I really admire was a very special and humbling experience.”

“I’d known Gee Walker for many years and every time I had needed to write about loss or grief I had gone to her and she had always been generous with her time and her profound wisdom. But one day SHE came to ME and asked me to write about her beloved Anthony. I said, “Gee, if you’re asking such a thing, I feel I have a God-given duty to do it.” And so I did it.”

“Both Donna Molloy and I were privileged to have produced Anthony. It follows a rich vein of factual drama that LA Productions has been delivering for almost a decade now. It means a lot to me personally as I am from the same village as the Walker family and it is typical of Gee to draw positive conclusions from tragic events.”

In the editor’s room

In conversation with cast & creators

Join Akua Gyamfi in conversation with actors Toheeb Jimoh, Rakie Ayola
& Julia Brown, and writer Jimmy McGovern about Anthony, the new BBC One
drama on Anthony Walker who was murdered in a racist attack 15 years ago.

Watch the full Q&A below.

Gee Walker on the murder of her beloved son Anthony

“‘Racism is killing our children.’ After Anthony’s death, she (Gee) started a foundation (Anthony Walker Foundation) to promote racial harmony through education, sport and the arts, but she rarely gives interviews – it hurts too much. Today, she is sitting in a room at the back of her home that is dedicated to Anthony. She calls it the “peace room”. She has brought a roll of kitchen tissues with her. When I tell her the film left me bawling, she smiles and passes me the roll through the screen.”

The Anthony Walker Foundation is a registered charity established by Anthony’s family after his racially motivated murder in 2005.

The aims and objectives of the charity are to promote racial harmony through education, sport and the arts, promoting the celebration of diversity and personal integrity and the realisation of potential of all young people. AWF operates locally, regionally and nationally but the priority focus is Merseyside.

For more information about the charity, visit anthonywalkerfoundation.com