Kudos & Gaumont UK began filming in Liverpool in July 2019, with Tim Roth, Genevieve O’Reilly and Abigail Lawrie returning as the Worth family, along with some new Liverpudlian faces joining the cast.

The third installment of Tin Star (6 x 60’) arrived on Sky Atlantic and NOW TV 0n 10 December 2020 and all episodes are available as a box set.

Watch the first look trailer of Tin Star: Liverpool below!

Angela and Jack hold a secret, which if exposed, will blow the city apart.

Thousands of miles away from the Rocky vista of Canadian town, Little Big Bear, Jack, Angela and Anna return to the UK twenty years after leaving to confront the sinister truth they ran from. The secrets they hold threaten a group of dangerous criminals who are still operating in the city of Liverpool.

Creator Rowan Joffe (Before I Go to Sleep) promised “to deliver our best season yet.”

How was filming in Liverpool?

“Filming in Liverpool has been a fantastic experience, the location has been pivotal for our characters who return to face their troubled past in an all-new and surprising environment for the viewer.

Liverpool City Region provided us with a wealth of cinematic locations, and the support we received from Liverpool Film Office and the people of this city has been instrumental in creating our explosive third series.”

“It was brilliant. I love Liverpool. It’s one of my favourite cities. The people are some of the funniest, the city’s buzzing, there’s a really cool art scene… It was great to be by the water and so close to home. It was completely different to Canada, but lovely to be back on home soil.”

Q: Liverpool has fantastic homegrown actors like Kerrie Hayes and Ian Hart. What were your casting priorities for this season?

“Actors who play truth, with personality. Actors who ask questions and are passionate and flexible, because there is an element of freedom on set with the script. We don’t go completely off the rails, but actors like Tim can find something on the day that they want  to explore a bit more, so it’s brilliant to find other actors who want to go on that journey.”

Tim Roth, on the new cast:

“They were amazing. I was constantly saying, where did you get these people? They seemed to have an unlimited supply of talent. There was a group of kids that Joanne Whalley’s character [Mary James] looks after, and the character Julia Carlyle plays was originally written as a boy. Alan Clarke had done a film about a young girl who was a drug mule [1986’s Christine] and I thought it would be great to throw a nod to him, the man who gave me my break [in 1982’s Made in Britain]. So we found Julia and she was extraordinary, taking the character from a bit-part player to a central one. It was an incredible group.”

We sat down with Executive Producer, Alison Jackson, as she talks us through why Liverpool, getting under the skin of the city, and what it takes to make a TV show.

Where was Tin Star: Liverpool filmed?

The third and final season of the Sky original drama ‘Tin Star’ has chosen Liverpool as it’s host city and the production team filmed a wealth of we’re so excited to see some amazing locations being featured in Tim Roth’s incredible series. 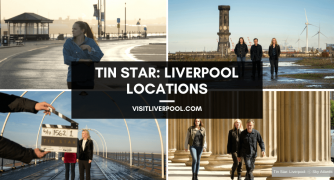 We picked out some of the most recognisable locations in the Liverpool City Region for Visit Liverpool, and they’ve shared a locations blog, to help you follow in the footsteps of film stars! Read here.

Q: How did you settle upon the specific key locations?

Alison Jackson:
“Just walking and looking not just for buildings but landscapes that could reflect the mood of the show and characters, and help us to tell a story. We filmed in Liverpool city centre, but also on the outskirts, in Southport, New Brighton, Ormskirk… In Canada we often needed the landscapes to feel incredibly beautiful, warm and seductive, then for the light or camera lens to change and for it to feel quite vast and threatening, and for people to feel very tiny against it. We wanted to continue that theme in Liverpool so, for example, we filmed in St George’s Hall where Catherine gives a press conference, and it’s massive, a cavernous space. The scale of it hits you when you put people in it. We also filmed on New Brighton beach and the light there was incredible, so we could contrast the tiny Worth family against a vast expanse of sky.”

“It was always going to be somewhere like that. Jack, like Tim Roth, seems to me to be a south-west Londoner and I imagined that was where the majority of his backstory took place. But the connection between Liverpool and Ireland made sense in terms of Angela’s character, so we built around how they met.”

“I chose Liverpool because I’d worked there with Jimmy McGovern on a BBC drama called Reg. Liverpool has all kinds of landscapes and communities, it’s a city almost
intentionally run into the ground by the government. Instead of using it as a set, it
became a character in the show itself.”

The music of Tin Star: Liverpool 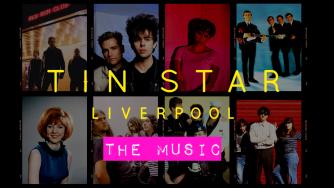 Liverpool’s Head of UNESCO City of Music, Kevin McManus, writes a guest blog to showcase the established and new Liverpool artists that helped the producers of Tin Star: Liverpool get under the skin of the city – in what’s an essential part of the culture of Liverpool; music.

According to Executive Producer, Alison Jackson, new viewers could enjoy Tin Star: Liverpool as a standalone series, but the hope is that viewers will want to go back and delve further into the story of the Worths, during season 1 & 2. 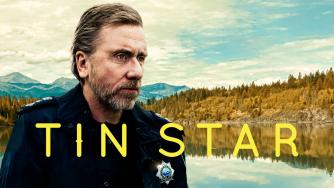 When is Tin Star: Liverpool on TV?

Tin Star: Liverpool premiered on December 10 on Sky Atlantic and NOW TV – all episodes are available now as a box set.