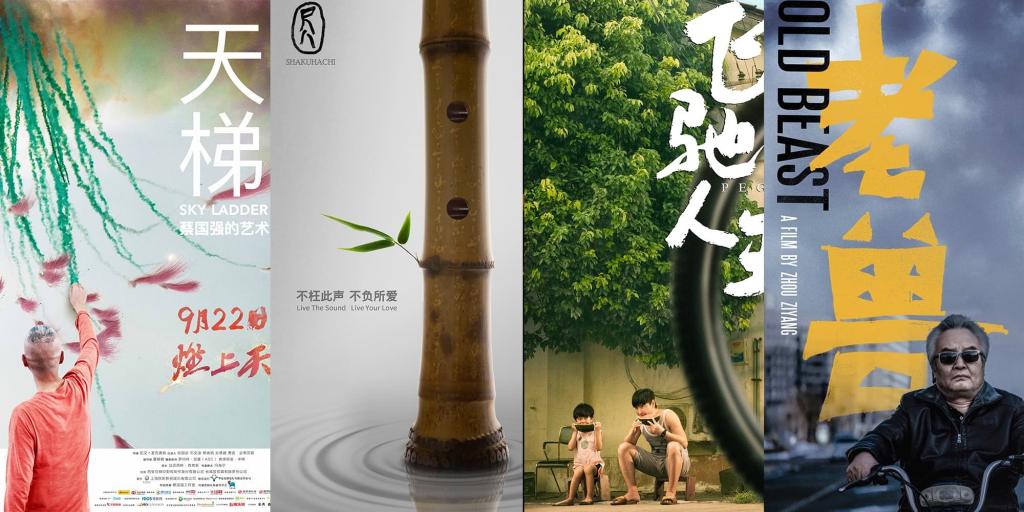 Four critically acclaimed Shanghai produced films will be screened in Liverpool at Hope University & Everyman Cinema for the first ever Shanghai Film Week.

To coincide with the Liverpool-Shanghai 20th Sister Cities Anniversary Celebration, four new and acclaimed Shanghai produced films are screening in Liverpool from 14 – 17 October at Liverpool Hope University and Everyman Cinema.

There’s free screenings (booking essential) and Q&As in the programme, and some of the most prestigious Shanghai-made projects on show. See full programme below.

Director: Helen Yu
Venue: The Capstone Theatre, Creative Campus, Liverpool Hope University (free screening)
Synopsis: This beautiful and stunning documentary tells the story of the shakuhachi, a famous Japanese lbamboo-flute. It was originally introduced from China into Japan in the 7th century and underwent a resurgence in the early Edo period. The film showcases the lives of the shakuhachi performers, controllers and students in China, Japan and the United States.
Tickets: FREE – booking essential. Click Here.
Trailer:

Director: Han Han
Venue: Everyman Cinema, Victoria Street (tickets required)
Synopsis: This action-comedy smash hit stars one of China’s newest comedy greats, Shen Teng (Goodbye Mr. Loser). Zhang Chi daydreams about his fast-paced former life in the racing world while tending to his fried rice stall, following a suspension for illegal racing. As he plots his long-awaited return to the track, he must overcome obstacles, take on a new generation of younger drivers and prove once and for all that he has what it takes to succeed.
Tickets: £6.52 – registration required. Click Here.

Director: Ziyang Zhou
Venue: Everyman Cinema, Victoria Street (tickets required)
Synopsis: Winner of “Best Actor” and “Best Director” at the prestigious China Film Director’s Guild Awards, Old Beast is a powerful and gritty family tragedy. Lao Yang is a broken old man who spends his days gambling and drinking. When he misappropriates his childrens’ money saved for his wife’s surgery, his children retaliate by holding him in custody, which he reacts to by taking them to court. In this moving, misguided struggle, will this family finally find peace?

Jin Hui, Secretary-General, Shanghai Film Distribution and Exhibition Association said, “I very much look forward to presenting four Shanghai produced films to the audience in Liverpool this fall. Shanghai is the birthplace of Chinese cinema, apart from our historical film and cinema culture, we have also produced many high-quality films (both commercial and arthouse) in recent years. The development of Shanghai’s film industry is exciting and film enthusiasts from around the world will certainly want to pay attention.”

Deputy Mayor of Liverpool, Councillor Gary Millar, who was instrumental in bringing this event to Liverpool, said: “Liverpool is honoured to host the first Shanghai Film Week, celebrating the rich history, talent and culture steeped in Chinese film and cinema. We are a city that has always championed the arts and creativity. With the much appreciated support of the Liverpool China Partnership, Liverpool Hope University and Liverpool Screen School, LJMU, we’re looking forward to a busy week of showcasing the very best in contemporary Chinese film culture.”