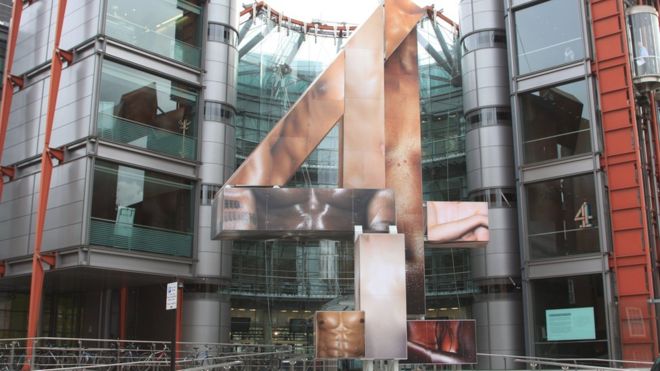 Channel 4 ‘could move out of London’

Proposals on whether to move Channel 4 out of London will be considered as part of a government consultation.

Plans to privatise the TV company have been shelved, but where it spends its money is also under review, Culture Secretary Karen Bradley has announced.

She said the government wants “the benefits of this national asset to be spread far and wide, not just in London”.

Channel 4 said a “substantial relocation would be highly damaging”.

The government carried out an 18-month review of the publicly-owned channel, which has more than 800 staff but fewer than 30 based outside central London.

Ms Bradley will outline the consultation plans at the Nations and Regions Media Conference in Salford on Wednesday.

Channel 4 is “precious public asset”, she will say, but it must “provide a platform for unheard voices and untold stories from right across the United Kingdom”.

The consultation will look at whether the company should relocate all or some of its staff outside London, including the possibility of moving its headquarters.

It will also review whether the amount of money spent on productions outside the M25, which is set at 35% of original British commissions, should increase to 50%.

“I am unsympathetic towards those who recoil in horror at the very idea of media jobs being based outside the capital,” Ms Bradley will say.

“Or for those who insist that people with ideas in the West Midlands, west country or west Wales must travel to Westminster to get their programmes made.”

Too much talent outside London was being overlooked, she will add.

Shadow culture secretary Tom Watson said ruling out privatisation was the “right decision” but it had taken the government “far too long” to reach the decision.

“Moving some or all of Channel 4 outside London is an idea worth considering, but the most important thing is not where it is based but where it makes its programmes, creates jobs and spends money,” he added.

Channel 4 welcomed the decision not to privatise the company but said a substantial relocation would hit investment in the creative industries.

A spokesman added: “The most important factor in supporting the nations and regions is where we spend our money rather than where Channel 4 is headquartered.”