Christmas has come early with so many fantastic nominations.

We have had so much to celebrate in Liverpool City Region the past couple of months, including nominations and winners for EMMY, RTSNW, BIFA, WFTV and BROADCAST AWARDS.

We have been blown away by the number of nominations linked to Liverpool City Region for various awards and categories. There has been an abundance of success and celebrations for local cast, local crew and filming in Liverpool City Region. We are wishing all the luck to those nominated for the Broadcast Awards 2023.

The response on social media to the nominations has been fantastic:

“Thank you FilmLiverpool great to see so many programs being created in our wonderful city Liverpool.” – LA Productions.

“Thanks, LFO. The region has seen some outstanding drama over the past few years.” – Kevin Sampson 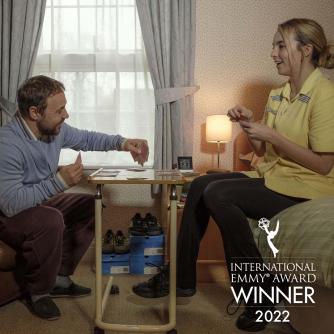 The winners for this will be announced in February 2022 – Good Luck.