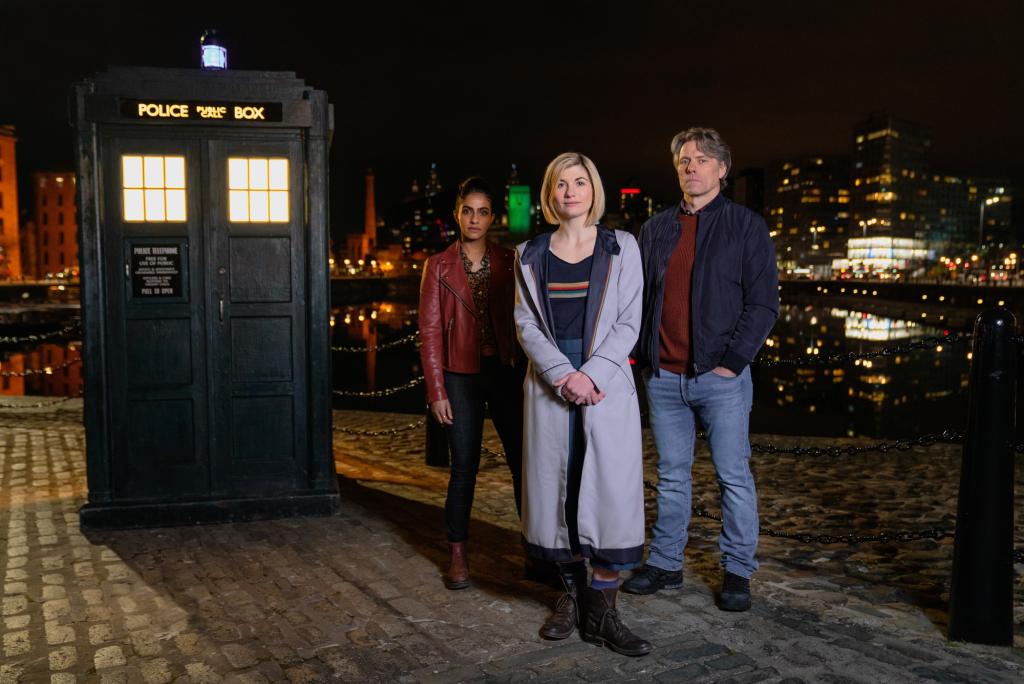 The Doctor, the iconic Time Lord thought so, visiting the city in early 2021 to film scenes for BBC’s thirteenth series of the landmark sci-fi, Doctor Who – retitled Doctor Who: Flux.

We don’t know either. Read the official synopsis for Doctor Who: Flux below.

‘From Liverpool to the depths of space, via the Crimean war and a planet named Atropos, which shouldn’t even exist, fighting old foes and new creatures from beyond our dimension, the Doctor and company face a race against (and through!) time to uncover a universe-spanning mystery: what is the Flux?’

When is Doctor Who: Flux on TV?

Watch the trailer for Doctor Who: Flux

Besides the breath-taking architecture and unique identity, it has a lot to do with Jodie Whittaker’s newest companion joining the cast – Scouse comic (and legend), John Bishop. 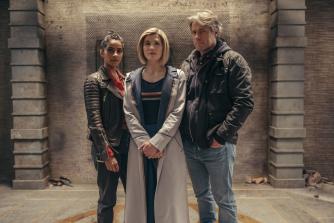 John, known mostly for his sell out stand up comedy shows, plays newcomer Dan Lewis, a Liverpudlian who will arrive on screens in Episode one.

Who’s in the cast? 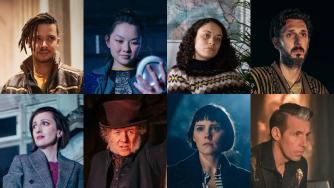 But it wouldn’t be Doctor Who without the TARDIS, aliens and humanoid dogs… 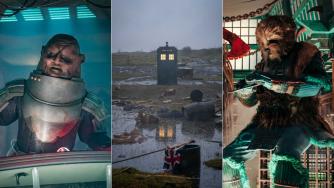 Where is Doctor Who filmed? 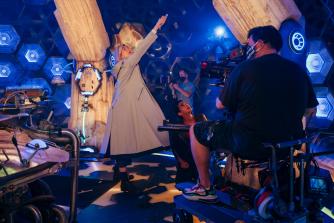 Despite all the travel through space and time, production for Doctor Who is based at BBC Studios in Cardiff, Wales.

However, the cast and crew visited Liverpool in March 2021. Filming across iconic city centre locations, including the Museum of Liverpool, serving as a backdrop for the sci-fi storyline. 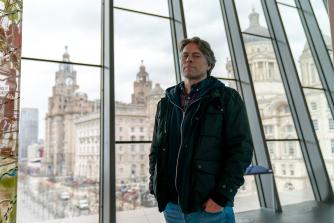 Pictured: Dan (John Bishop) on location at the Museum of Liverpool. 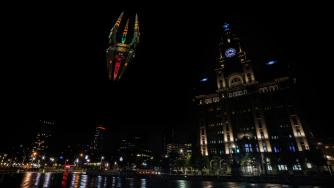 No, this isn’t a new installation for River of Light…it’s a spaceship! Earlier this month a suspected Sontaran spaceship materialised on the Pier Head outside the Royal Liver Building.

Jodie Whittaker reflected on filming for her final series:

“no matter if the logistics or the face of the show seemed different because of masks and all of that, all of the heart and all the love was still there and it was still great fun.” 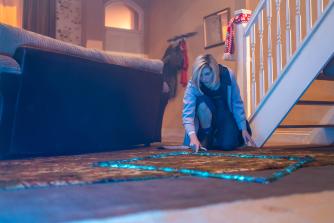 The Scousers guide to Doctor Who

The legendary Tom Baker, who grew up on Scotland Road, played the much-loved fourth Doctor in the mid-1970s, and Paul McGann took the lead role in 1996 becoming the eighth Time Lord. 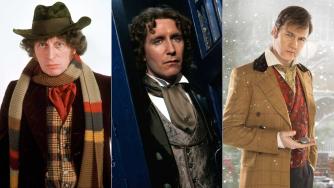 And in 2008, Kensington-born David Morrissey played The Next Doctor in a Christmas special alongside David Tennant’s Tenth Doctor.

The celebrations are set to continue, amid next year’s opening of a ground-breaking new interactive exhibition in Liverpool.

Doctor Who Worlds of Wonder at World Museum Liverpool

In a world premiere, this exhibition will be exploring the science within the universe of the longest-running sci-fi TV show. Visitors will see epic monsters, costumes and props from the series and can engage with original artefacts and sets, making it a must-see for Doctor Who fans. 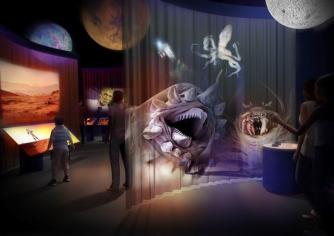 Opening 27 May 2022 at World Museum Liverpool. Find out more here.

National Museums Liverpool was also involved in quest to #FindTheDoctor over the summer. Following a hidden word in the Doctor Who trailer in July, fans were sent on a hunt to find clues which would lead to the password for a locked Doctor Who website. One of the clues was spotted in a curious painting, La Boîte Bleue (The Blue Box), at the Walker Art Gallery and Museum of Liverpool. 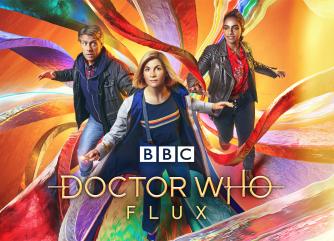 Doctor Who: Flux will be available on BBC iPlayer. To catch up on previous episodes and to watch the latest series upon release, click here.

Did you know, Liverpool is the UK’s 2nd most filmed city? To find out about more of the epic productions that have been made in Liverpool, check out our blog here.

The much-loved Wondrous Place gallery is reopening in 2021, with a bumper new Liverpool On Stage and Screen display, which examines the city as a film set and how it continues to provide an impressive backdrop to Hollywood blockbusters and award-winning TV shows. Items on display include one of Villanelle’s costumes from Killing Eve worn by Liverpool actress Jodie Comer.