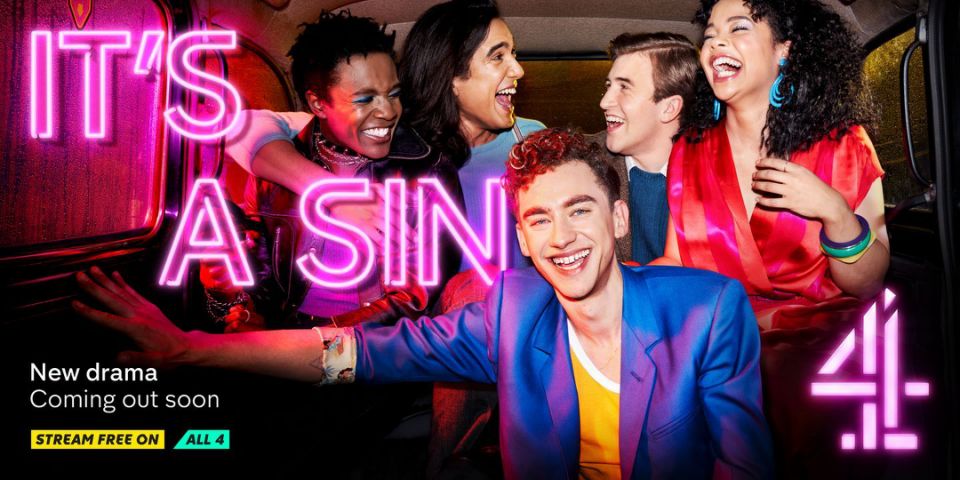 Produced by RED Production Company (Years and Years, The Stranger, Traces), the series was filmed across North West England, with Liverpool doubling for New York and London.

“the story of the 1980s. It’s the coming of age story of five 18 year old people who all converge on one flat in London, leaving home, growing up together. It’s the decade in which the shadow of a virus is falling across all of our lives. The five episodes cover 10 years 1981 to 1991. So, as we see these young kids grow up, come out, make friends, fall in love, find work, discover who they are, at the same time the virus gets closer and closer, hitting people in their social life and heading towards the flat itself. And it’s about how they cope with that and it’s how they survive that. It’s about how they celebrated each others’ lives in the face of such darkness.”

Production filmed in Liverpool in January 2020 over two days, as RED Production Company filmed on both sides of Liverpool’s iconic Cunard Building, filming scenes set in London on one side (Brunswick Street), and scenes set in New York (Water Street) on the other. 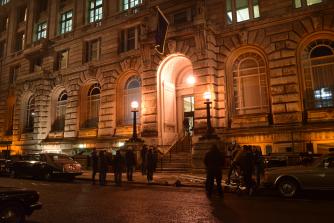 Cunard Building, Brunswick Street doubled for a London hotel in It’s a Sin 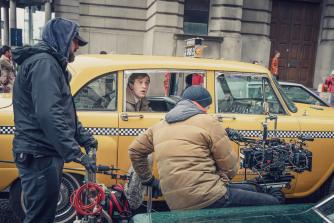 Technicolor VFX, was the sole vendor on It’s A Sin, delivering 209 UHD shots with a focus on digital environment building to transport audiences back to the 1980s.

According to VFX Supervisor Nicholas Bennett, they ‘created a 1980’s period setting using a combination of 2D and CG VFX techniques, while combatting logistical challenges caused by the pandemic.’

“We converted Liverpool into the busy streets of New York by adding subtle details to every frame,” said Bennett. “We added iconic New York buildings into the backdrop for the wide shots, as well as classic 1980’s advertising billboards, the American flag, and signature New York steam rising up from the subway. We also added CG traffic and crowds walking up and down the streets.” 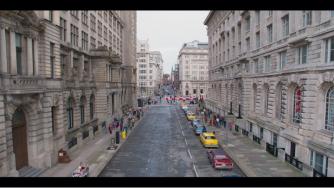 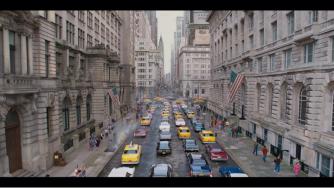 AFTER: Water Street, Liverpool as a New York street