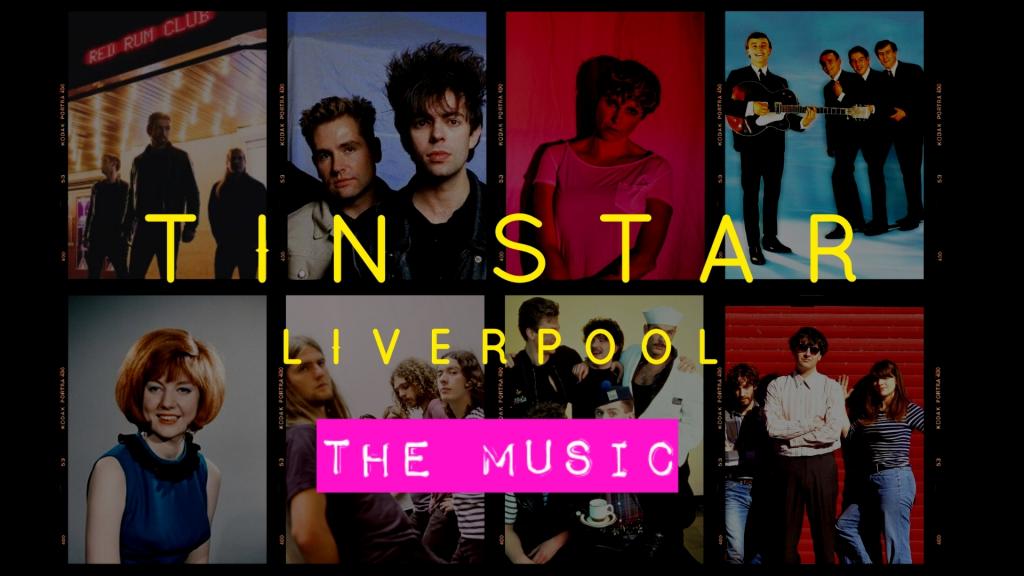 Liverpool’s Head of UNESCO City of Music, Kevin McManus, writes a guest blog to showcase the established and new Liverpool artists that helped the producers of Tin Star: Liverpool get under the skin of the city – in what’s an essential part of the culture of Liverpool; music.

Music plays a vital, if often overlooked role in films and TV shows. Think of your favourite film and I bet you one of the things that sticks in your mind is the soundtrack that accompanied the drama.  I love Tarantino’s work for example and immediately I think about  his  films such as  Pulp Fiction (which actually had no traditional commissioned  film score) or Jackie Brown  my mind  will focus on the soundtrack before I even think of key scenes or characters.

Choosing what music to use in a show is a highly skilled, well respected role in the film and TV sector and for musicians having a tune of yours used in a film can be a nice income generator and on some occasions can even be a game changer.

The reason I’m waffling on about this is because I’ve been fascinated by the use of Liverpool music in the latest season of Tin Star which has switched location from the Canadian rockies to our own fair city.  I was hoping the producers of the show would reflect the change in geography  by using some local music despite the fact that there was no need for them to do so. 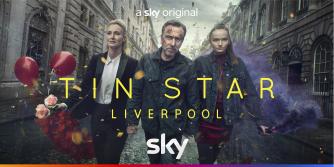 Thankfully the Music Supervisor on the series must have got out his Bumper Book of Liverpool Music because although the soundtrack isn’t  exclusively local in nature there’s  a healthy scattering of Liverpool music throughout which works brilliantly with the imaginative use of locations in and around the city region. (Incredibly one scene was shot outside the Mayflower pub in Bootle. Maybe it will attract some tourists now after its minute in the spotlight!)

A pattern is established early in episode one with Tim Roth  making his way back into the city on a ferry accompanied by the distinctive voice of Cilla Black warning us that  ‘something tells me something is going to happen tonight’. The beautifully produced (by George Martin) and lushly arranged ‘Something Tells Me’ is the perfect scene setter because you just know when Tim is in town things will definitely be happening. 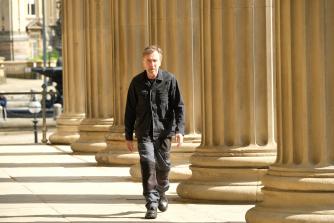 There is a funny but genuinely touching scene shortly afterwards  where Tim is finally reunited with his wife (Genevieve O’Reilly). He is standing in the middle of  a chaotic bar brawl but all he can see is his wife despite the furious fighting all around him. The scene is accompanied by a short burst of the beautifully poignant ‘Power of Love’ by Frankie Goes To Hollywood.

To finish things off the shows credits play out to the very cinematic  sounding  Nobody Gets Out Alive  from those young guns Red Rum Club. I  actually have my own theory about this as the track comes directly after the scene involving the aforementioned Mayflower pub so maybe it is a heartfelt statement of how the producers felt after having a drink in that particular hostelry.

In fact in most episodes  the shows play out to works by Liverpool artists including two by Echo and the Bunnymen Do It Clean and Killing Moon and the timeless Gerry and the Pacemakers classic Ferry Across the Mersey’.  The show’s Music Supervisor gave plenty of airtime to newer artists as well including Seatbelts, She Drew The Gun and The Vryll Society as well as finding space for Liverpool legends Shack and Natalie’s Party. 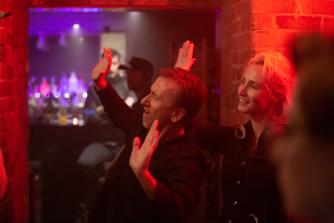 The Bunnymen in particular have previous in regard to featuring in films with Killing Moon used in a few films, most famously in Donnie Darko and in the brilliant Grosse Point Blank, while their cover of People Are Strange is a standout moment  in The Lost Boys film.

There is no denying the strong link between film and music although the first time I became properly aware of it was when two friends who I knew from bands suddenly ended up being responsible for the music on Lock, Stock and Two Smoking Barrels which has a brilliant soundtrack. One of these was a lad who went to the same schools as me in Bootle but now lives in LA I believe. (I wonder if he misses going the Mayflower?).

Locally there’s a number of musicians who are now involved in the film industry. If you look at The Farm for example then drummer Roy Boulter is one half of the very successful Hurricane Films production team while bass player Carl Hunter is the Director of one of my all time favourite films Sometimes, Always, Never (produced by Hurricane, starring the wonderful Bill Nighy and with a lovely soundtrack by Edwyn Collins and features ex-Liverpool Sugarmen guitarist Chay Heney). 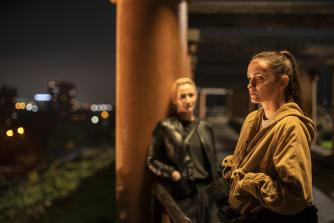 As mentioned earlier having a track featured in a film, tv show, or advert can be a nice earner for a band and if it ends up being on a big hit then it can really kickstart or revive a career. Locally we are lucky enough to have a company like Sentric, a music publisher which also has an admirable track record in getting sync (synchronisation) deals for their artists. I remember in much simpler, pre-digital days we tried to raise the profile of bands by asking famous people on TV to wear the band’s t shirt on screen. Luckily enough we knew Simon O’Brien who was a star of the Liverpool based soap Brookside   at the time and he was always happy to oblige.

If you haven’t had a look yet please check out Tin Star. It is a great show anyway with a wonderful cast but the Liverpool locations, actors, and music make it even more special.

Tin Star: Liverpool premiered on 10 Decmber on Sky Atlantic and NOW TV – all episodes are available now as a box set.

NOTE: (My favourite  film is Bill Forsyth’s beautiful  Local Hero.   Unfortunately it has a soundtrack by Mark Knopfler! I cant stand Dire Straits (in fact I think the world would be a much better place if their back catalogue could be erased entirely) and I cant stand anything by Knopfler but the film is so good I just have to watch it and pretend a) that I cant hear the soundtrack or b) pretend the music is by someone else entirely. )