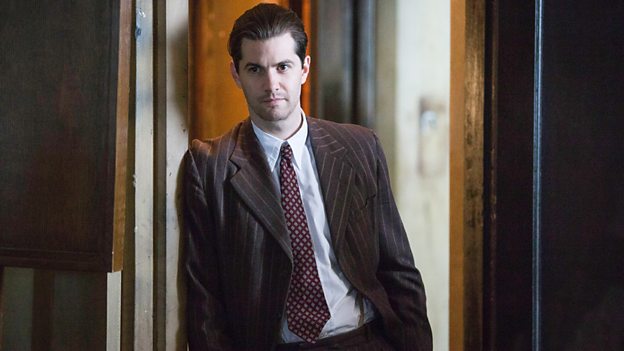 Filmed in #FILMLiverpool- Close to the Enemy

The seven part series is produced by Little Island Productions in association with Endor Productions and is mainly set in a bomb-damaged London hotel in the aftermath of the Second World War.

Close To The Enemy follows intelligence officer Captain Callum Ferguson (Sturgess), whose last task for the Army is to ensure that a captured German scientist, Dieter (Diehl), starts working for the British RAF on urgently developing the Jet engine. With the background of the emerging Cold War, it is clear to all that it’s crucial for British national security that cutting edge technology is made available to the armed forces as quickly as possible. Callum uses unorthodox methods in his attempt to convince Dieter to work with the British and eventually a friendship develops between the two men, but soon tensions arise as all is not as it seems.

Over the course of the series, Callum encounters a number of other characters whose stories all intertwine. These characters include Victor (Highmore), Callum’s younger brother, struggling to deal with psychological trauma caused by his experience in the fighting; Harold (Molina), a Foreign Office official who reveals some startling truths about the outbreak of the war; Rachel (Riley), an enchanting Anglophile American married to his best friend, and Kathy (Fox), a tough, young woman working for the War Crimes Unit, fighting to bring war criminals who have escaped prosecution to justice. All these characters are trying to rebuild and move their lives forward in the aftermath of the war, a war that scarred them all so deeply.

Producer Helen Flint, a long-time collaborator with Poliakoff on productions such as Shooting the Past and Perfect Strangers, says: “This is a complex and interwoven story but it’s not a ‘worthy piece’ of historical drama as its relevance is very current to today with all the conflicts swirling around the world. The piece is set after the five endless and brutal years of the Second World War. The aftermath of the bombing of London is still very evident. Light drenched the city as the sun filled the void where buildings used to stand, and children play in the left over bombsite.

“Austerity Briton brought severe rationing and the talk of Nuclear Bombs and the Cold War frightened people to their very core as much as German bombers did during the war. However, out of horror can come huge leaps in science and the arts. Some of the finest British films were made in 1946/47, the Edinburgh Festival was started, the advance of the jet engine, space ventures and nuclear energy quickened with renewed vigour as the Allies jockeyed for world dominance.”

The majority of the filming was in Liverpool, Flint explains why: “We filmed in Liverpool as we had access to an old bank in the centre of the city. The building size allowed us enough room to convert it into a hotel. Being able to base in one building brought us practical and therefore creative time which is everything as budgets reduce year on year. Nowadays, in London we don’t have empty buildings that we can use easily for sets, so as an industry we are constantly searching for places to film outside the capital. Liverpool is a compact and accessible city and therefore outside of our hotel sets, moving locations during the day was refreshingly achievable”.

And she describes the experience of working with the celebrated Poliakoff. “What makes Stephen is two completely different people. The writer is immersed in the story and series or single structure, and time is not important. Only at the end of prep and before filming are both his characters in the same room. As a director, he divorces himself from the writer and becomes pragmatic and constantly ambitious for highest visual standards in every department from acting through to sound. He treats every shooting second like gold, which means time is never wasted. Occasionally he surprises everyone by reverting to the writer when a beat is misunderstood or not noted in a scene”.

Close to the Enemy is written and directed by the multi award-winning Stephen Poliakoff (Dancing on the Edge, Glorious 39, Gideon’s Daughter) and produced by Helen Flint (Longford, The Take, Galavant). The executive producers are Helen Flint and Hilary Bevan Jones (Roald Dahl’s Esio Trot, The Escape Artist).

Close To The Enemy is produced in association with All3media International as the overseas partner on the show.