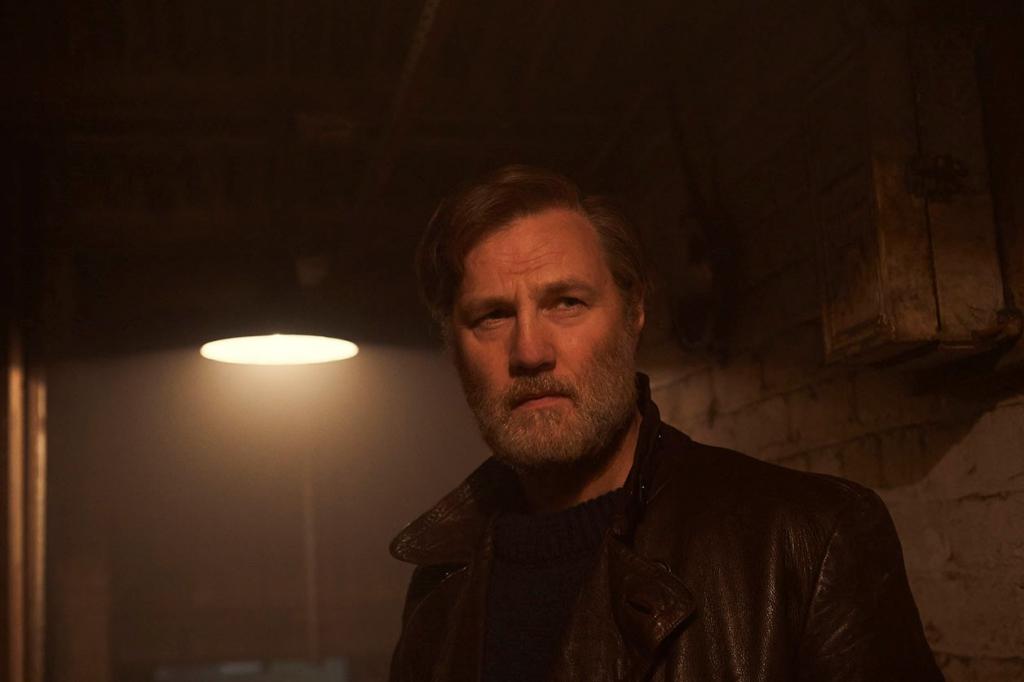 Spring has sprung in FilmLiverpool!

Spring has sprung into filming action in Liverpool!  April sets to be a very busy month for the Liverpool Film Office, as THREE major dramas begin filming on location in Liverpool.

Mammoth Screen have cast David Morrissey to play Inspector Tyador Borlú in BBC2’s adaptation of China Miéville’s mind-bending novel The City & The City, which began filming in Liverpool this week.

Betsan Morris Evans, Producer, The City & The City said: “Filming in Liverpool is a great experience. The city has a wealth of fantastic, versatile locations – both interior and exterior .The film office have supported our production fully, nothing is too much trouble and they have impressed me with their amazing can do attitude. I would come back here every time if I could”.

In addition, a new ITV six-part situation comedy ‘Timewasters’ written and created by Daniel Lawrence Taylor has also started filming in Liverpool. Big Talk Productions are producing the show about a four-piece South London jazz band that travel back in time to the roaring Twenties.  Daniel Lawrence Taylor is expected to take a star role in the series.   They shot the pilot in Liverpool last year.

Line Producer, Katie Kearney, said; “I was so pleased to get the call to Line Produce the Timewasters series, after such a successful pilot shoot last February. Being from here and based here – I am really proud to show off what a fabulously film friendly city Liverpool is. We have a great crew on-board mostly crewed from the North West, and we’re all really looking forward to welcoming our Producer, Director and superb cast from London to 1920s London…in Liverpool!”

That cat is out of the bag with this drama, but the City is delighted to welcome back the award winning team behind the hugely popular BBC drama ‘Peaky Blinders’. Series 4 has got off to a spectacular start with major scenes filmed on location in Liverpool and Sefton earlier this month starring Cillian Murphy (Inception, Free Fire) reprising his role as Thomas Shelby, head of the Peaky Blinders and Tom Hardy (Taboo, The Revenant) returning as Jewish gang leader Alfie Solomons.  The series sees a mysterious letter delivered on Christmas Eve, leading Thomas Shelby to realise the Peaky Blinders are in danger of annihilation. As the enemy closes in, Shelby flees his country house and returns to the streets of Small Heath, Birmingham (shot on location in Liverpool) where a desperate fight for survival begins.

Finally the ITV1 drama ‘Little Boy Blue’ will be transmitted on Monday 24th April at 9pm and was shot entirely on location in and around the Liverpool city region last year.

Cllr Wendy Simons said: “The Liverpool Film Office continue to work with all filmmakers to ensure they experience the best that the Liverpool City Region has to offer.  From wonderful locations to brilliant local crew and businesses.”

“We are very excited to watch our ambitions for the former Littlewoods site come to fruition later this year, so productions have the opportunity to stay longer to utilise all the support businesses we hope to see setting up on the site.

Liverpool Film Office saw a very busy 2016 in which it facilitated the four-part series ‘Little Boy Blue’ due to air on ITV1 on Monday 24th April at 9pm and is based on the police investigation that followed the 11-year-old Everton fan Rhys Jones’s murder and stars Stephen Graham as SIO Dave ‘Ned’ Kelly who was appointed to lead the investigation for Merseyside Police.

The City and The City producer is Betsan Morris-Evans (NW, Endeavour) and the director is Tom Shankland (House of Cards, The Missing). Robyn Slovo (Tinker Tailor Soldier Spy) executive produces, alongside Tony Grisoni, Preethi Mavahalli and Damien Timmer from Mammoth Screen and Lucy Richer for the BBC.

Mammoth Screen is one of the UK’s leading production companies. Forthcoming shows include POLDARK III and IV, ORDEAL BY INNOCENCE and NOUGHTS AND CROSSES for BBC One, and VICTORIA II, FEARLESS, NEXT OF KIN, DESIRE and ENDEAVOUR V for ITV. Mammoth Screen is an ITV Studios company.

The show is represented internationally by Endemol Shine International, has sold in 163 countries and airs on Netflix in the US.

For more information about Liverpool Film Office, or to see a special film showcasing some of their work, visit www.liverpoolfilmoffice.tv/