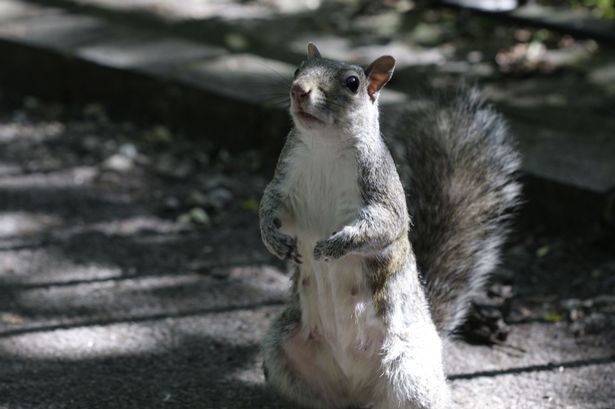 As she sits under the cooling shade of a tree in a busy park, the most obvious ‘wildlife’ are the children who scream and giggle as they run around making the most of the summer sunshine.

But TV presenter Rani Price knows there will be a myriad of creatures around each and every corner.

“As a kid growing up in Liverpool, we were sent outdoors more and we just played out a lot,” she says.

“We probably took a lot of wildlife for granted. I don’t think I realised back then just what, and how much, was around us. I just accepted it.

“But as I got older, I got more and more interested.”

Being involved in wildlife programmes like ROAR would certainly have helped.

Meeting the inhabitants of Longleat Safari & Adventure Park introduced Rani, who grew up in Woolton Village, to some of the biggest and most ferocious beasts on the planet.

“I have been up close with rhinos and washed elephants,” smiles the former Gateacre Comprehensive pupil, “and I was very lucky to be able to do that.  We can all go to the zoo or safari park but there is wildlife on our own doorstep too and discovering it for ourselves is exciting – and very much part of the fun.”

Rani can be seen on Thursday in a new BBC1 documentary Urban Jungle, in which ‘urban birder’ David Lindo  explores  the fantastic wildlife which lives with and around us.

It is part of the wider BBC Summer of Wildlife campaign series which includes new programmes and events to celebrate the UK’s extraordinary wildlife, aiming  to inspire people to discover more about the species that live in their own backyards.

As well as spotting the rich diversity of birds on the Manchester Ship Canal in Salford and feeding some abandoned baby hedgehogs in Warrington, David talks to the Wirral and Cheshire Badger Group and watches some urban badgers visiting a garden close to the A49.

Read the full article at the Echo here