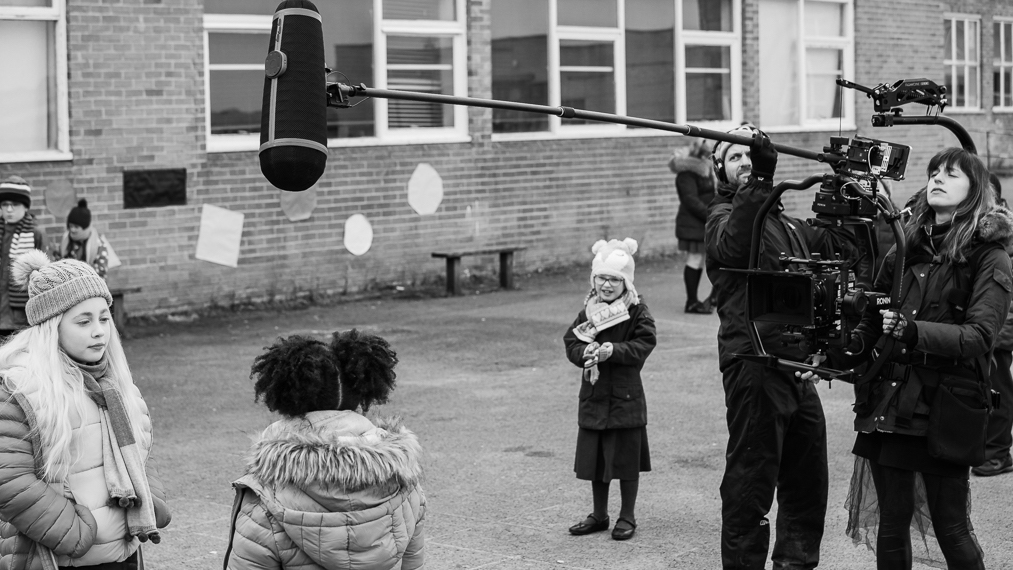 The making of The Snow Spider

The Snow Spider, is a new 5 x 30’ magical family adventure series on CBBC, produced by Liverpool and London-based Leopard Pictures and the first project to be part-funded by the Liverpool City Region Production Fund.

Executive Producer, Kristian Smith discusses the making of The Snow Spider, Leopard Pictures’ commitment to Liverpool, and the development of the regional screen sector.

The making of The Snow Spider

“When we set up Leopard Pictures we wanted to tell stories that appeal to all kinds of popular audiences. We considered books that we thought would make a great adaptation, and the Snow Spider trilogy felt right for us.”

“The books were written in the 1980s, before mobile phones, tablets and other modern devices. We felt for our younger viewers it was important to adapt this in the present day.”

The Snow Spider was a six-week shoot on location in the Wirral, with additional filming taking place in Wales.

“The Wirral reflected much of the backdrop we wanted. The beautiful rugged beach of Thurstaston; the country lanes and cottages of West Wirral; and Pensby High School was used as our production office and as a studio in which we built various sets: unsurprisingly, a school… but also Nain’s cottage and a mountain top!”

Made almost entirely in Liverpool City Region, from camera to screen, the Fund ensured the region was able to capitalise on the economic spend throughout the whole process.

“The series is all about magic, which was brought to life by Sparkle VFX in Liverpool.

“Glenn and Steve are exceptional at what they do.

“We had already worked with the team on Worzel Gummidge, so we had a great shorthand. They created Arianwen, the magical Snow Spider, along with various other magical sequences within the series. Watch out for the silver ship. It’s spectacular.”

“We wanted our post production nearby, and we found the amazing facilities at LA Post. Patch, Adam, Alex and the whole team consistently went the extra mile to get the series looking and sounding great.”

“Liverpool is the perfect home for us.”

Leopard Pictures’ team is continuing to grow in Liverpool. They have strong links to Wirral and Liverpool, and are constantly expanding their network of collaborators within the region.

“We do absolutely want to be making as much on home turf as we can. Some stellar talent comes from Liverpool, and certain writers who are my absolute favourites of all time, live in the city. I’d be mad to not to try to help tell their stories.

Part of the aim of the Liverpool City Region Production Fund is to encourage more local employment, use of local businesses, as well as training initiatives for those looking to break in to industry.

We all need to start somewhere and there’s great ability all around us. On Snow Spider it was particularly important to us to offer traineeships to people who wanted to find a way in to different areas of television. We are proud to have offered places to trainees within every main department.”

“Know what you want to do.

There’s no such thing as Media or Television. There are areas within both, like Factual, News, Drama, Children’s, Arts and so on. I wouldn’t know the first thing about making Entertainment shows or Documentaries. I do know a little bit about Drama and Comedy. Made up stories. And within those areas of interest, know what appeals to you. Is it sound, or cameras, or scripts or something else? Then try to get some experience, and if you reach a dead end, try another way.”

Episode One of The Snow Spider airs on CBBC and BBC Wales on Sunday 29 March at 18:05.

Watch the trailer for The Snow Spider