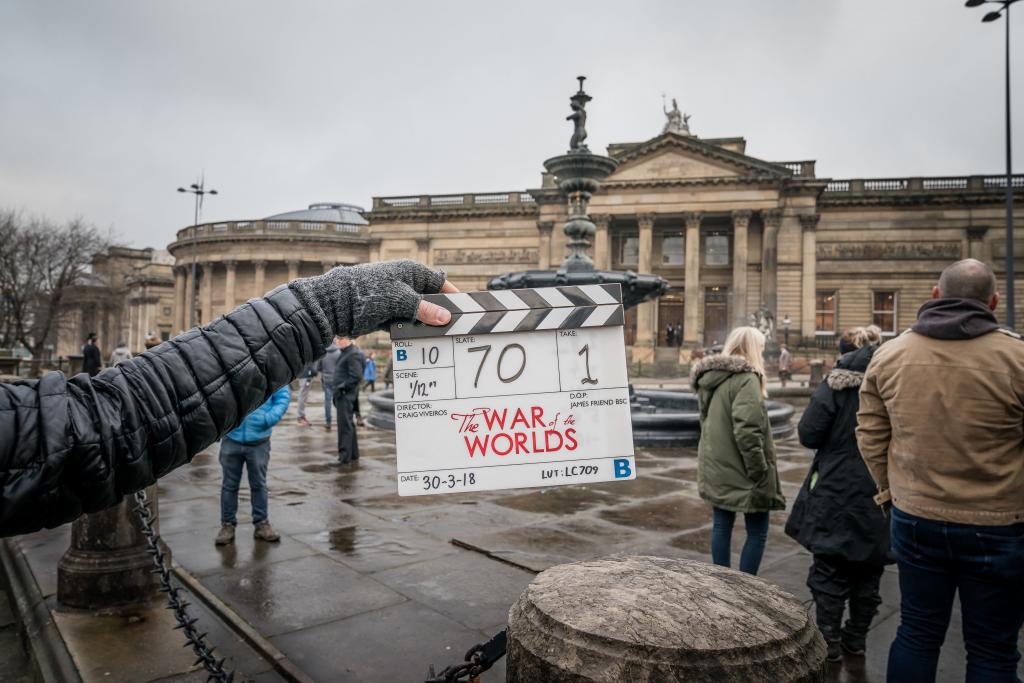 Where is The War Of The Worlds filmed?

Mammoth Screen (World On Fire, Poldark, The City and The City) approached Liverpool Film Office in 2017 to recreate an Edwardian-London that gets hit by an alien invasion, and Liverpool City Region was able to provide a broad-scale of locations and facilities that hosted a nine-week shoot in early 2018.

This major new three-part drama aims to capture the tone and spirit of the book, but also feel contemporary. Liverpool City Region was able to offer neoclassical architecture in Liverpool City Centre, eerie woods in Ainsdale, a temporary studio base in the Wirral, and much more.

The War of the Worlds writer, Peter Harness, said: “We filmed in Liverpool because it’s the greatest city in the universe! Liverpool has locations that are pristine, it offered the landscapes we needed and also had the crews up there – and people are extremely supportive of what we were trying to achieve.”

Discover Liverpool City Region’s locations from The War Of The Worlds here!

***SPOILER WARNING – The following notes give away some of the plot.*** 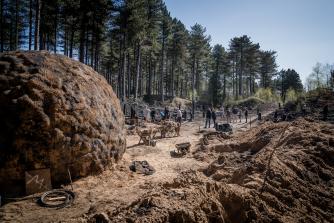 Ainsdale Woods Nature Reserve in Sefton doubles for Surrey, the site of the first Martian in episode one. Coincidentally, the felling of trees in the eerie woods was used for dramatic benefits, as trees were blackened with biodegradable paints to enhance the illusion of the burnt impact zone. Ainsdale was also recently featured in BBC One’s World On Fire. 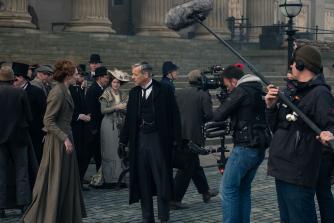 Both the interior (The Great Hall) and exterior of St George’s Hall, Liverpool served as the ‘Admiralty’ in the centre of Edwardian-London. St George’s Hall is a firm favourite with high-end TV & feature films, most notably doubling for 1920s New York in Fantastic Beasts and Where to Find Them, and 1920s London in Peaky Blinders. 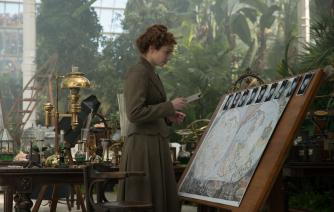 In the first glimpse of The War Of The Worlds’ Edwardian London, we are transported to Ogilvy’s observatory. Ogilvy, an astronomer played by Robert Carlyle invites Amy & George to gaze into space in the octagonal three-tiered structure, which is used to starring in period dramas, including ITV’s Victoria. 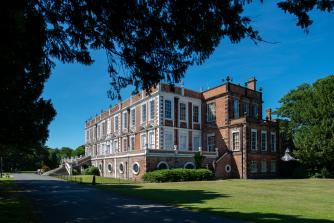 In a brief, albeit beautiful glimpse in episode one, Croxteth Hall doubles for the home of George’s wife in rural London. Shooting both interior and exterior scenes, Croxteth Hall is shot in all its glory, being recognised as “one of finest working country estates in the North West.” Croxteth Hall has had a starring role in numerous period dramas including Peaky Blinders, as well as feature-biopic Tolkien, and more recently Netflix’s highly-anticipated The English Game. 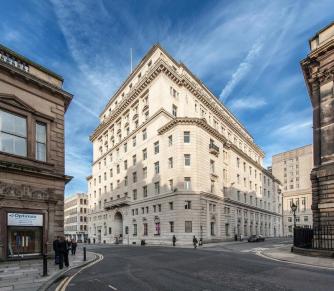 The interior and exterior of Martins Bank serves George’s workplace at the London Evening Chronicle. The Grade II listed building, located on Water Street remains vacant, and appears in both period and contemporary drama.
Starring in numerous period dramas including The English Game, Martins Bank has most recently been filmed for a key scene in Sky Atlantic’s upcoming Tin Star, set in modern-day Liverpool. 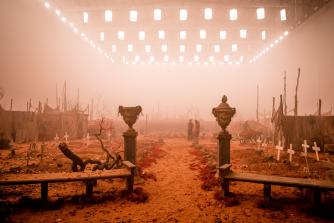 As well as the extensive location shoot, the production also needed studio space. With ‘limited TV-sized resources,’ Liverpool Film Office was on hand to find a creative solution with a “pop-up” studio site at a disused warehouse in Wirral. To make it functional, a full lighting grid was installed in the roof.

Producer Betsan Morris Evans told Broadcast “the space was selected because it was available and local. It’s as big as Pinewood’s James Bond stage.”

Arguably the most striking element of the show is the ‘red world,’ that features in snippets throughout episode one. Production designer Pat Campbell was tasked with creating an apocalyptic Martian landscape on a TV budget.

Campbell told Broadcast: “we’ve put in a 50ft-high white cyclorama, which doubles as the horizon, and by using false perspective and miniatures and filling the space with smoke, you get that sense of infinity.” 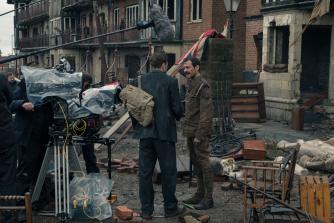 The historic Eldon Grove in Vauxhall was used by the Mammoth Screen team. The large-scale location was dressed with period props, and stood in for a suburban London that has been destroyed in the alien invasion. 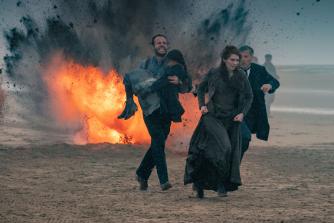 One of Liverpool City Region’s coastal crowns, Formby Beach in Sefton was
Formby Beach and the surrounding dunes and pinewoods are firm favourites of film and TV producers, with filming having taken place on Jude Law’s Alfie 2 and BBC One’s World On Fire. Perhaps most iconically during final episode of Peaky Blinders Series 5 with a showdown between Cillian Murphy and Tom Hardy.

More The War Of The Worlds

Many more Liverpool locations were used for the filming of The War Of The Worlds. See how many you can spot in the trailer below.

The War Of The Worlds lands on BBC One on Sunday 17 November at 9pm. Find out more about the show here.

Location Manager for The War Of The Worlds, Andrew Bainbridge told The Guide Liverpool: “Liverpool still has a wealth of fantastic locations. There’s a great film office who are hugely helpful in what they do. There is a real film friendly feel to the place and I would come to Liverpool every time I could.”

If you’re looking to make a new production, Liverpool Film Office can help you with locations, crewing, permissions, accommodation, funding and much more.

Liverpool City Region is the most filmed region in the UK outside of London. A unique, diverse range of locations including urban and period architecture, beaches and rural locations means the region can double for any other, most commonly for New York, London and more recently Moscow and Washington DC.

Production Credits: The War Of The Worlds