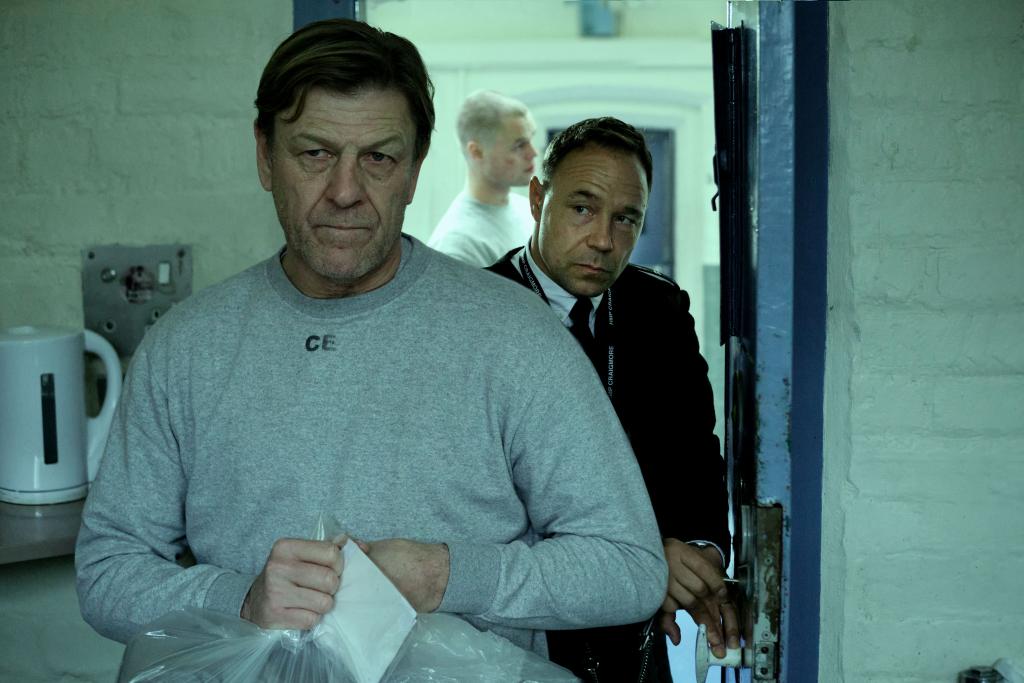 Currently shooting across the Liverpool City Region, the three-part prison drama sees McGovern re-team with Sean Bean for a third time, after the latter’s BAFTA-winning performance as a troubled priest in Broken, and with Stephen Graham who also starred in the writer’s international Emmy-winning Accused back in 2010.

Time is a visceral, emotional and high-stakes portrayal of life in a British prison; Mark Cobden (Sean Bean) is consumed by guilt after accidentally killing an innocent man. Accepting his four-year sentence and separated from his family, he meets Eric McNally (Stephen Graham), a caring prison officer doing his best to protect those in his charge. However, when one of the most dangerous inmates identifies his weakness, Eric faces an impossible choice; between his principles and his family.

It is the second Liverpool-based and Fund-backed shoot that Stephen Graham is headlining, following the Film Office’s recent announcement of its investment in Channel 4/The Forge’s Help (w/t), alongside Jodie Comer.

Liverpool City Region Combined Authority’s continuing support for the local film and TV sector has enabled the City Council’s Film Office to step up its activities in recent months through its development & production funding initiatives and its leadership of the upcoming Pop-Up film studios, adjacent to the Littlewoods site off Edge Lane.

Joining Sean and Stephen in the cast are Siobhan Finneran (Happy Valley, The Other One), Sue Johnston (The Royle Family, Downton Abbey), Hannah Walters (This is England, Pirates of the Caribbean), David Calder (The World Is Not Enough, The Hatton Garden Job) Nadine Marshall (Small Axe, Sitting in Limbo), Michael Socha (This is England, Being Human) and Aneurin Barnard (Dunkirk, Thirteen).

Time was commissioned by Piers Wenger, Controller of BBC Drama and Charlotte Moore, Chief Content Officer. It is directed by Lewis Arnold (Des, Humans) and executive produced by Tom Sherry and Michael Parke for BBC Studios Production and Lucy Richer for the BBC alongside Jimmy McGovern, Sean Bean and Stephen Graham. The producer is Simon Maloney (King Charles III, I May Destroy You) and the series is distributed internationally by BBC Studios.

“A cracking Jimmy McGovern script with two of Britain’s best actors filming in the City Region is everything we’d hoped to support with the LCR Production Fund. Following the heart-wrenchingly powerful Anthony, Time is a testament to Jimmy’s unique ability to tell true and complex stories – brought to life by virtuosi in front and behind the camera.”

“I am so grateful to the Liverpool City Region Production Fund for its substantial contribution to the budget for Time, my new three part drama for the BBC. Film and television production brings with it vital, well-paid jobs and the Liverpool Film Office plays a crucial part in ensuring that many of those jobs come here.”