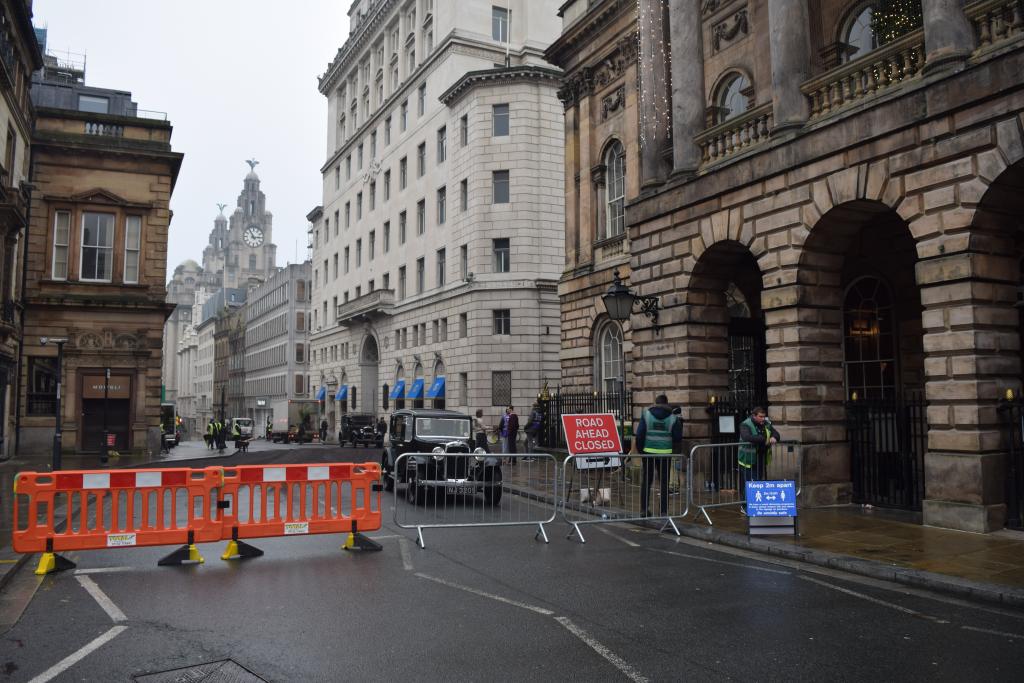 In a report looking back at a unique year for Liverpool Film Office, latest figures show that despite effectively being shut down for six months, the city region has still:

And the productions are also being hailed as providing an essential lifeline to Liverpool’s hospitality industry with more than £2.1 million invested in the sector as a result of the productions booking around 25,000 room nights.

Despite the obstacles Covid-19 posed, the Liverpool City Region Production Fund – the first local authority-supported fund of its kind in the UK for more than six years – continues to attract more productions to the region, create jobs and boost the local economy.  The latest projects to receive funding include BBC One Jimmy McGovern drama Time which stars Stephen Graham and Sean Bean and Channel 4’s Help (w/t) which again stars Stephen Graham alongside Jodie Comer. More funding announcements will be made in the new year.

The Film Office also established the Film & TV Development Fund in response to Covid-19 which saw the creation of a  £250,000 fund to support regional producers, writers and other creative talent.

“The film and TV industry came to a standstill as a result of the health pandemic – but our ambition stayed strong and focused on recovery and growth this year . To still bring £13 million in to the local economy and host such a large number of productions is testament to the incredible work of our Film Office team and the draw of the city region as a filming location.

“The importance of that economic boost should never be underestimated, we have to understand its impact on the supply chain. In a year when our hotels and leisure sector have been hit so hard financially this has been the difference between survival and closure for many.”

“This time last year we were gearing up for 2020 to be a record-breaking year in terms of the number of productions heading to the city region – it may not have gone to plan but it has still been a busy year for very different reasons.

“During the first lockdown we worked hard to put plans in place which would enable filming to return in a covid-safe manner. One of the first major projects to make those plans a reality was the biggest movie being filmed in the world at that time – The Batman – so we don’t do things be halves in the Film Office!

“Seeing filming back in the city region feels right. We lost nearly six months when it should have been our busiest time of year, but as the report shows, our production figures remain strong which I’m incredibly proud of.

“We are already looking ahead to 2021 which not only has a packed schedule, but we’ll be working on the creation of the two new pop-up studios which will give our filming offer a new and exciting edge, allowing us to accommodate even more productions and maintain our reputation as one of the most filmed locations outside of London.”