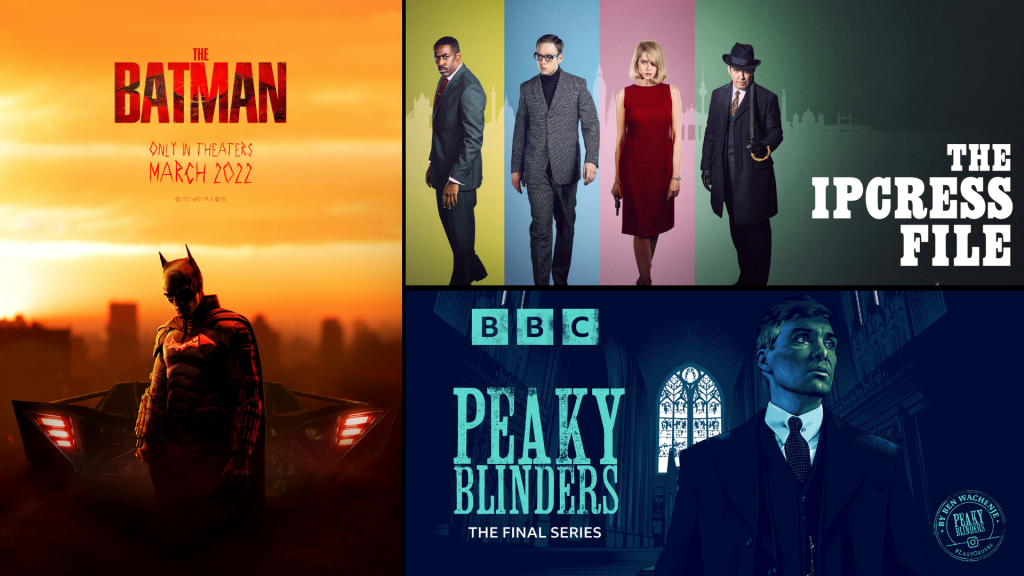 Liverpool treble on the big and small screen

Liverpool, the most filmed UK city outside of London is the star of three new major productions on the big screen and small screen.

Favoured by filmmakers for doubling-up locations as New York and London, Liverpool is flexing its versatility and cinematic status as a stage to some of screen’s biggest heroes (and anti-heroes). with the arrival of the final series of BBC’s Peaky Blinders where the city stands in for 1930s Birmingham and London, ITV’s new adaptation of The Ipcress File where Liverpool recreates the swinging 60s of London and Cold War Berlin, and Warner Bros’ blockbuster The Batman where Liverpool doubles for the world’s most famous fictional city – Gotham.

Warner Bros’ The Batman rules the UK and Ireland box office, debuting at pole position with £13.5 million, according to numbers released by Comscore.

Altitude Television’s six-part adaptation of The Ipcress File made a thrilling start on ITV with 3.5m viewers, tying for the coveted Sunday primetime slot with BBC1’s sixth series of Peaky Blinders, according to numbers released by Broadcast.

Liverpool Film Office worked closely with all three productions on facilitating their shoots on location in the city during lockdown, but also supported Altitude Television’s first foray into TV with The Ipcress File, with funding through its Liverpool City Region (LCR) Production Fund.

The Ipcress File filmed in the city region for eight weeks back in February and March 2021, with Liverpool doubling for London of the swinging 60’s and Cold War Berlin with a mixture of pristine period interior and exterior locations including The Bluecoat, The Athaneum, Lime Street Plaza, Liverpool Town Hall, Thurstaston Beach in Wirral and many more.

The premiere of John Hodge’s new adaptation of the classic spy series on ITV, starring former Peaky Blinders star Joe Cole marks the sixth investment from the LCR Production Fund, which has been recapitalised through Liverpool City Region Combined Authority’s Strategic Investment Fund. Liverpool Film Office is actively looking for further projects to invest in over the next 12 months..

In addition to the spending boost to the local economy through production facilities, hotels, locations and other services, the Fund prioritises productions that create significant opportunities for locally-based above and below the line talent, including supporting five local trainees in the production, camera, art and make up departments.

“We’ve been busy watching! Each of these productions are incredibly special – from a 10-year journey with Peaky Blinders, supporting a familiar but new hero to the screen with Harry Palmer in The Ipcress File – to The Batman, where one of the biggest icons in cinema stood on our city’s most iconic landmark – it’s historic, and feels like film is the new link in the chain of Liverpool’s cultural heritage.

“Most importantly for us though, it’s the talent behind the scenes – we cheered our crew in the credits! When productions like this film in the city, the atmosphere is electric and you could see it with all the fans watching – but all three of these productions were made in the height of lockdown with crew working to rigorous restrictions.  Our locations are celebrated for their versatility – but we love to show Liverpool off in all its glory, so we really can’t wait for filmmakers to enjoy the city for itself!

“Our priority now is to draw in more productions like this to the City Region. The Depot and the Fund will help make that all possible.”

Executive Producer of The Ipcress File, Will Clarke said:

“We had the full support of the people of Liverpool and the Film Office based in the city. It was incredible when we looked at the locations, the buildings which double for London, and the interiors as well. They capture something almost frozen in time with the 1950s and 1960s architecture. We wanted to embrace the iconography of London without being subsumed by it.”