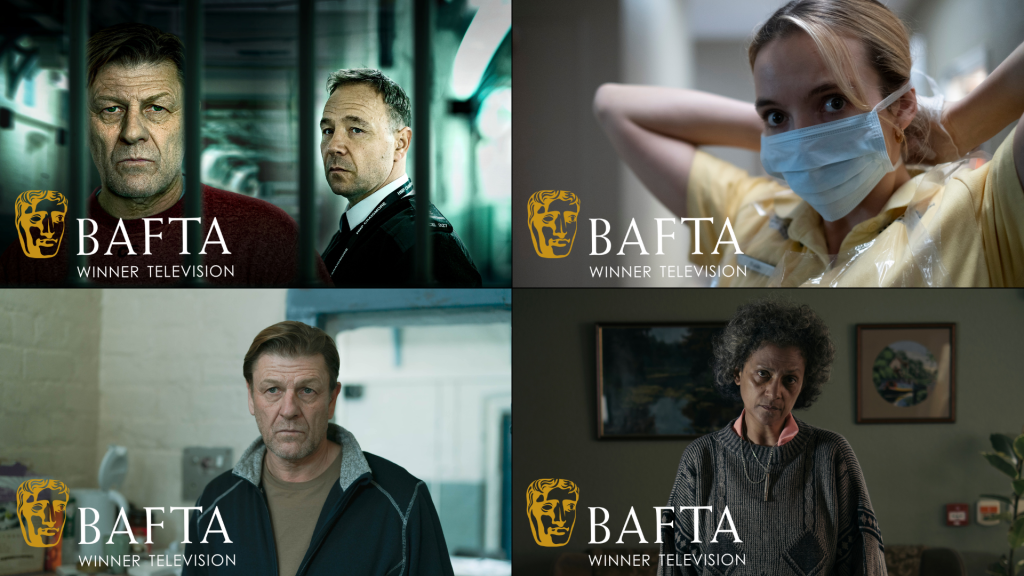 The fund was launched to increase the number, range and scale of feature films and scripted TV made in our area, and is supported by £3 million from the Combined Authority through Liverpool City Region Mayor Steve Rotheram’s Strategic Investment Fund.

McGovern, who was recently made Freeman of the City of Liverpool, is now a four-time BAFTA-winner, with his mask for Time joining his collection from Hillsborough (1997) and The Street (2007, 2008).

Comer’s acclaimed performance in Help marked a Liverpool homecoming for the now two-time BAFTA-winner, as she once again thanked fellow Scouser Stephen Graham in her winner’s speech.

Tyson’s Supporting Actress win marks a successful return to the BAFTAs, her first nomination since her acclaimed role in Mona Lisa (1987).

“It’s unbelievable. When we look to when we were setting up the LCR Production Fund in 2018, Liverpool City Council and the Combined Authority said to set out what we’d would like to achieve, at the beginning and I said a BAFTA. We’ve now got four!

“Congratulations to all the cast and crew behind these incredible productions, all the nominees deserve the recognition and we’re very proud to have helped the filmmakers make it in Liverpool.

“We’re thrilled to see the talent on screen and behind-the-scenes being honoured by BAFTA and thank Liverpool City Council and the Combined Authority for trusting us with investing in drama that not only delivers on economic values – but delivers acclaimed television addressing social issues, brought to life by the best creatives in the business.

“Putting Liverpool in the picture is at the heart of what we do, whether that’s the talent or the location – and to see it celebrated at the BAFTAs is inspiring. It’s a first for our fund and hopefully we’ll be back next year to celebrate with the teams behind The Responder and The Ipcress File.”

“Liverpool’s film and TV credentials have been growing for the last 30 years and we are now at the stage where it is unusual not to see a crew on the streets, or the city being showcased on the big and small screen.

“With the opening of The Depot and the plan for the former Littlewoods Building on Edge Lane to become film studios we are on the cusp of something huge. We are looking to move from being the ‘go to city’ for exterior shoots to one that can provide productions with the studios and talent supply to match our stunning backdrops, delivering a huge economic boost.

“Liverpool is a hotbed of creative talent, which is why the BBC selected the city region as the first area in the country for its recent ‘Write Across Liverpool’ progamme, to support aspiring writers to follow in the footsteps of Jimmy McGovern, Helen Blakeman and Tony Schumacher.”

“The Liverpool City Region is sending a clear message to the rest of the UK’s film and TV industry: we have arrived. We’re now well on our way to staking our claim as the UK’s premier filming location outside of London – and we have four BAFTAs to prove it!

“Through the LCR Production Fund, we committed to funding incredible productions, like Time and Help, because we see how much potential there is in our region to deliver world-class entertainment – and last night’s results show what a smart investment it has been.

“Our region has all the capabilities, facilities, and skills to become the ‘Hollywood of the North.’ I can’t wait to see how we build on this success. It’s proper levelling up in action, bringing millions of pounds of investment, and hundreds of jobs and training opportunities to the North and – what I believe to be – the UK’s cultural capital.”

“It’s always a great honour to be shortlisted for such a prestigious award like a BAFTA, but to actually go on and win it, especially given the illustrious company and calibre of the other shows we were up against, is a tremendous thrill.

“I’m delighted that Sean’s mesmerising performance is recognised. These awards are for Sean, Stephen and the whole cast and crew involved in making Time possible, including BBC and Liverpool Film Office’s LCR Production Fund, in what was a difficult shoot filmed during the pandemic.

“It’s always a humbling experience, and I’m so very grateful. It’s equally very satisfying to see the incredible viewing figures, knowing so many connected with the story, which all goes down to the expert skill and craft of the cast and crew who helped tell the story in such a compelling way.”