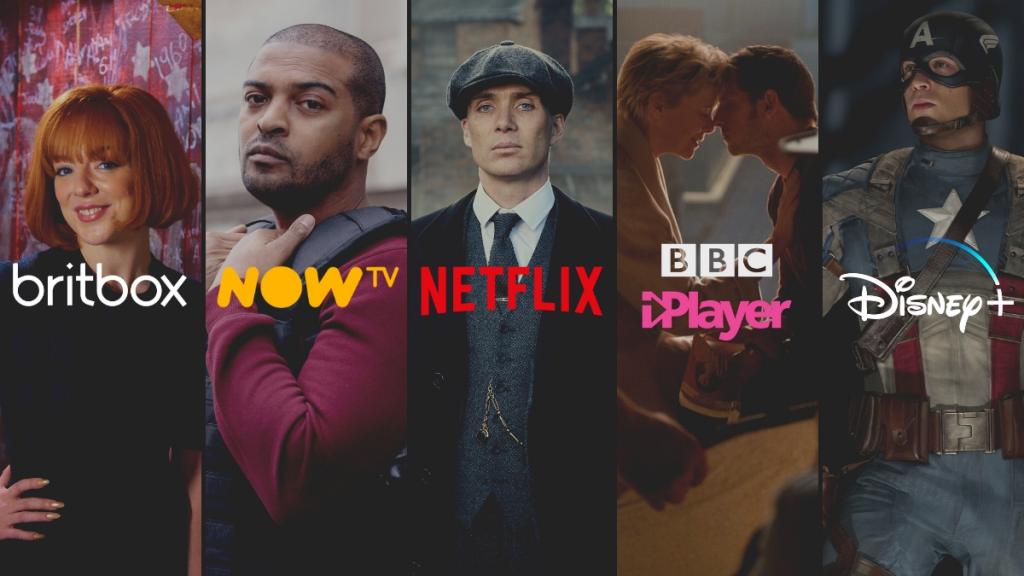 Made in Liverpool – Streamed everywhere

Love seeing Liverpool on the screen? We’ve made a list of TV shows and films made (partly & fully) on location in Liverpool City Region that you can stream, whatever your preferred service, to help get you through your isolation.

Watch out for Liverpool on Netflix, Disney Plus, BBC iPlayer, 4 On Demand, Britbox, NOW TV and BFI Player.

Home to arguably the show’s most important locations, the Producers of Peaky Blinders came to Liverpool to recreate the Victorian industrial heartland and turn a living street into 1920s Birmingham, and have returned to film in new locations in Liverpool for all five series.

The wildly popular and BAFTA winning period crime drama follows the Shelbys, who lead the notorious Peaky Blinders, a criminal gang based in Birmingham in 1919.

When a stranger makes a shocking claim about his wife, family man Adam Price becomes entangled in a mystery as he desperately searches for answers.

While set and filmed predominantly in Manchester, the production also filmed some scenes in Liverpool.

Watch The Stranger on Netflix

The infamous cul-de-sac, Brookside Close, became the epicentre of every conceivable (and inconceivable) storyline on television.

The ground-breaking Liverpool-based soap opera produced by Liverpool’s own Lime Pictures and created by Phil Redmond, first aired on Channel 4 in 1982 and ran for 21 years.

Unfortunately all 2,915 episodes are not available to stream for free, but you can catch some of the classic episodes for free on Channel 4 On Demand!

Watch Brookside on 4 On Demand

The English Game, from Julian Fellowes, arrives on Netflix as an answer to the football (and Downton Abbey) void in your schedule!

It’s only fitting that a football story visits a great footballing city. Liverpool provided the backdrop for numerous scenes in the new period drama, doubling for the grandeur of Edwardian London.

Discover the Liverpool locations of The English Game

Watch The English Game on Netflix

The British period drama and global success, The Crown follows the political rivalries and romance of Queen Elizabeth II’s reign, and the events that shaped the second half of the 20th century.

The production filmed scenes in Liverpool in 2018 as they transformed the streets outside Liverpool’s Three Graces into 1960s Washington, D.C.

Watch The Crown on Netflix

Sheridan Smith stars in the critically acclaimed series, based on Cilla Black and her hometown of Liverpool, following her rise to fame from 1960 amateur appearances in clubs, and her relationships with Bobby Willis and the icons of music that shaped her career.

After a group of people who meet online discover a bizarre graphic novel which seems to hold mysterious answers, they find themselves being tracked down by a merciless organisation known merely as ‘The Network’.

Set in London, but filmed mostly in Merseyside and across North West England, this strikingly original drama earned an International Emmy Award for best drama in 2014.

Set in London, but filmed almost entirely in Liverpool (Series 1), this action-packed Sky Original is inspired by classic buddy cop duo films such as Lethal Weapon and Bad Boys.

In a topical series, Robert Carlyle stars as the UK prime minister in a six-episode thriller set at the heart of government during a major national crisis.

Although the series takes a brief visit to Liverpool in the opening shots, it is key scenes inside Martins Bank (doubling as corridors outside the COBRA meeting room in London) that show off one of the city’s filming gems.

The incredibly moving four-part drama Little Boy Blue focuses on the murder of Rhys Jones in Croxteth, Liverpool in 2007. Stephen Graham was cast as Detective Superintendent Dave Kelly and Sinead Keenan and Brían F. O’Byrne were cast as Melanie and Steve Jones, respectively.

Father Michael (Sean Bean), a Catholic priest presiding over a Northern urban parish who is modern, maverick, and reassuringly flawed; must be a confidant, counsellor and confessor to a congregation struggling to reconcile its beliefs with the challenges of daily life.

This series was filmed in Liverpool, with the featured church being St Francis Xavier Church, Everton.

In the near future, people’s minds are connected to The Feed, giving them instant connectivity. When something or someone invades it, everyone is at risk. The Feed was filmed in Liverpool to double as London – look out for a chaotic scene by Liverpool’s Three Graces!

Created by legendary Liverpool Writer, Jimmy McGovern, this anthology series of daytime plays set in contemporary Britain, all share the theme of someone going through some kind of change in their life.

Produced by Liverpool’s LA Productions, the second longest and award-winning Daytime Drama series on the BBC has filmed in Liverpool City Region for every series. Recently entering its 11th series, all episodes are now available on BBC iPlayer.

In June 2003, Reg Keys and his wife Sally return to their home in the Welsh countryside. As they switch on the TV to hear six military policemen have been murdered in Iraq, two men arrive bearing the terrible news that their son, Tom, was among them.

Starring Tim Roth as the titular character, with Anna Maxwell Martin, the film was made in Liverpool by Kirkdale-based LA Productions and is available to stream on BritBox.

Detective Sherlock Holmes and his partner, Dr Watson, send Blackwood, a serial killer, to the gallows. However, they are shocked to learn that he is back from the dead and must pursue him again.

Sherlock Holmes arrives on Netflix ahead of a new Netflix Original adaptation of the books, in The Irregulars, which has been filmed almost entirely in Liverpool.

Oscar-nominated Pauline Collins is perfect as the bored housewife who’s had enough of her egg-and-chips lifestyle and chucks it all in for sun and fun on a Greek island. She’s not there to kick sand in her husband’s face, but then she meets a dark and handsome local charmer (Tom Conti). A refreshing and uplifting cocktail of laughs and romance.

Nowhere Boy is the story of John Lennon’s childhood in Liverpool 1955: a smart and troubled fifteen year-old is hungry for experience. In a family full of secrets, two incredible women clash over John. Mimi the buttoned-up Aunt who raised him, and Julia, the prodigal mother.

Telling the story with the creation of his first band, the Quarrymen, and its evolution into The Beatles, this one is a must for music and film fans.

A tragic and touching film with Liverpool at its heart. Based on the memoir of the same name by Peter Turner, played by Jamie Bell, the film tells the story of his relationship with ageing Academy Award-winning Hollywood actress Gloria Grahame (Annette Bening) in 1970s Liverpool.

Although usually on Netflix, the film is temporarily available for free on BBC iPlayer!

Years before The Avengers, there was one man, Steve Rogers. A rejected military soldier transforms into Captain America after taking a dose of a “Super-Soldier serum”. But being Captain America comes at a price as he attempts to take down a war monger and a terrorist organisation.

Liverpool’s Stanley Dock stood in for a period Brooklyn New York, in scenes which saw Captain America pick up a shield for the first time, with a yellow taxi door.

Watch Captain America: The First Avenger on Disney Plus

Want to see more of Liverpool AS Liverpool?

BFI Player is home to a range of free films, including many made in Liverpool throughout the years. From the earliest surviving Merseyside Derby on film, to MerseyBeat documentaries and historic scenes in the city, these archives have something for everyone.

More Made in Liverpool

If you don’t subscribe to a streamer, why not take a look at our Filmography to see if anything you own is made in Liverpool?

Liverpool Film Office has been servicing productions for the last 30 years, and has welcomed some of the world’s best filmmakers to our streets. Liverpool City Region is the most filmed region in the UK outside of London.

A unique, diverse range of locations including urban and period architecture, beaches and rural locations means the region can facilitate any production in a compact geographical area. Liverpool’s cityscape has been immortalised on the screen as New York, London and more recently Moscow and Washington DC.

Our production credits include; Fantastic Beasts and Where to Find Them, Captain America: The First Avenger, Fast & Furious 6, Sherlock Holmes, Jack Ryan: Shadow Recruit, Yesterday, The Crown, all 5 series of Peaky Blinders, World On Fire, Tin Star 3, The Irregulars and much more.