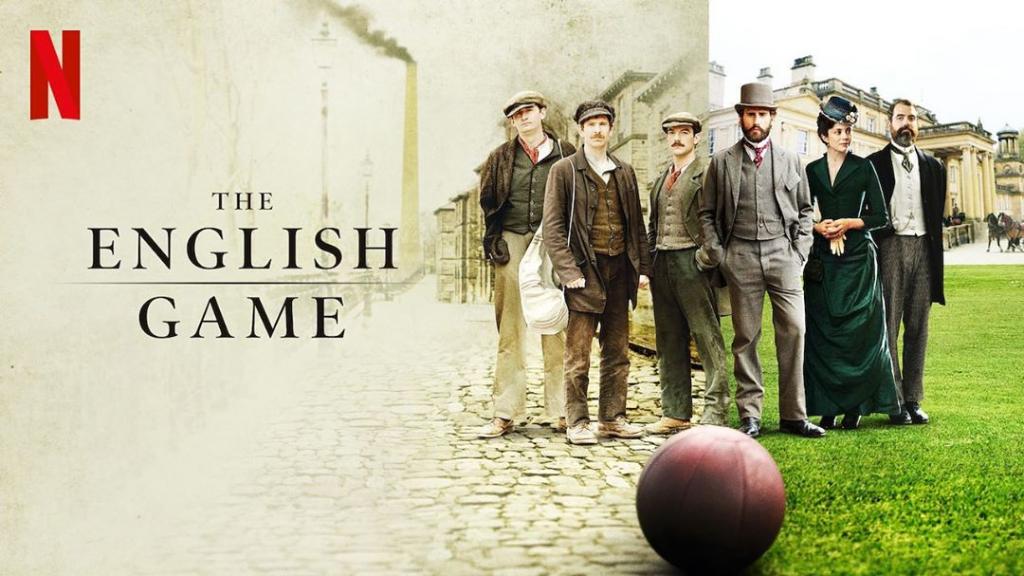 What do you get when you cross the nation’s favourite sport with one of the nation’s most acclaimed TV series? The English Game, from Downton Abbey creator, Julian Fellowes.

This new series charts the origins of football, and the personal turmoil of those who fought to change the nature of the game and the class divide that swept the country – forever.

Where was The English Game filmed?

It is only fitting that a football story visits a great footballing city. Ironically, in a show that highlights an impoverished perspective of the North – it is actually the North’s filming locations used to give the sense of grandeur of Victorian London.

Filming across the North in Greater Manchester & Yorkshire, the production filmed in Liverpool in 2019.

See the Liverpool filming locations for Netflix’s The English Game below:

As with any period drama – it’s not complete without a visit to Liverpool’s Georgian Quarter. In one of the opening shots of episode one, the Grade II listed Edwardian homes on Percy Street, Toxteth, stand in for Mayfair, London. 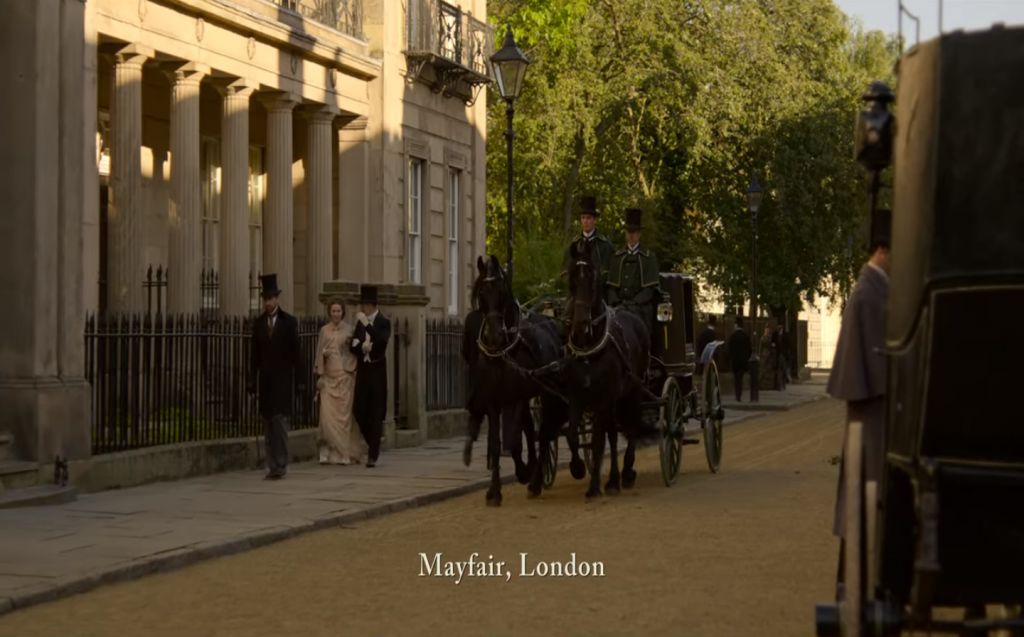 Later in the series, eagle-eyed fans will catch a blink-and-you’ll-miss-it glimpse of St Bride’s Church as Fergus Suter arrives in Mayfair, London.

Water Street, offers some of the city’s grandest architecture, with gems like Martin’s Bank, Liverpool Town Hall and the India Buildings, no surprise this is a filmmaker favourite location in Liverpool. 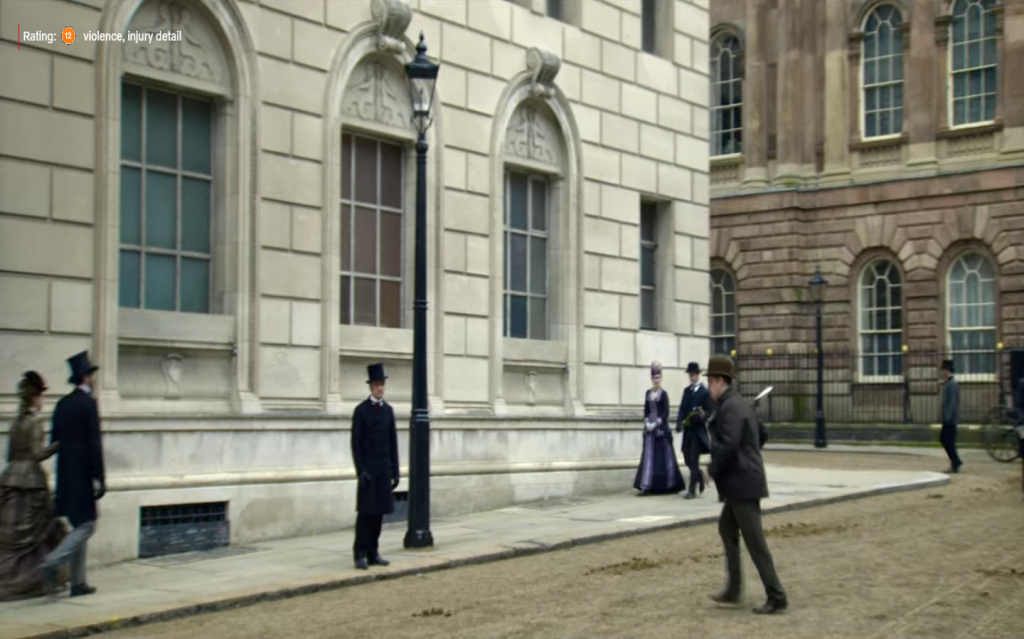 Having featured in Fast and the Furious 6 and Sky One’s Bulletproof as a modern day London, The English Game turned back the clocks on the road (and pedestrians), as you see Water Street standing in for Central London in the 1880s.

Not only does Martin’s Bank boast a stunning exterior, but the interior is an architect’s fantasy. 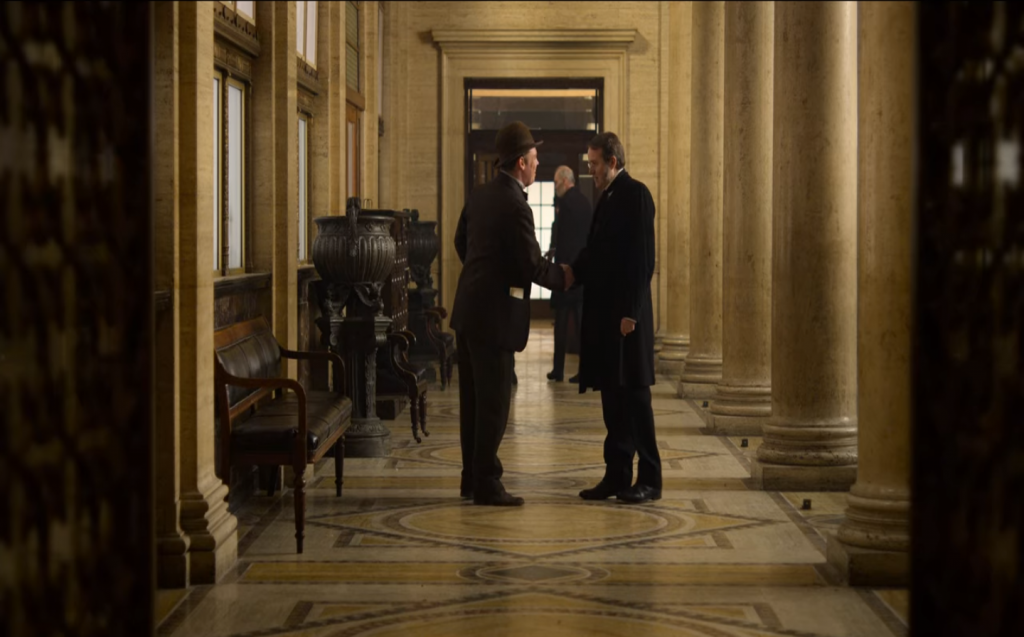 This ornate former bank is a Hollywood favourite. Most notably, Martins Bank was re-imagined and created in a studio as a 1920s New York Bank in JK Rowling’s Fantastic Beasts and Where To Find Them, a fantastic case study of when Liverpool’s locations inspire the movies. 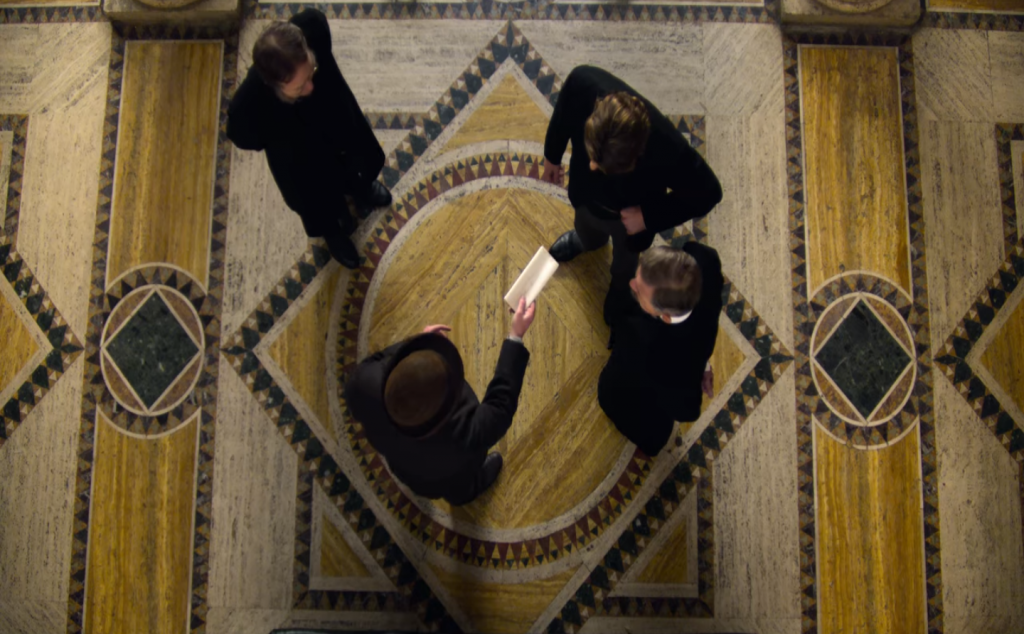 Even the floor is picture perfect!

One of Liverpool’s finest film locations, especially for period dramas is Grade II listed, Croxteth Hall. With around 230 rooms inside the Hall, the huge Edwardian estate makes it easy for filmmakers to take the viewer back in time, as The English Game transports us to the 1880s at the FA’s Headquarters in London. 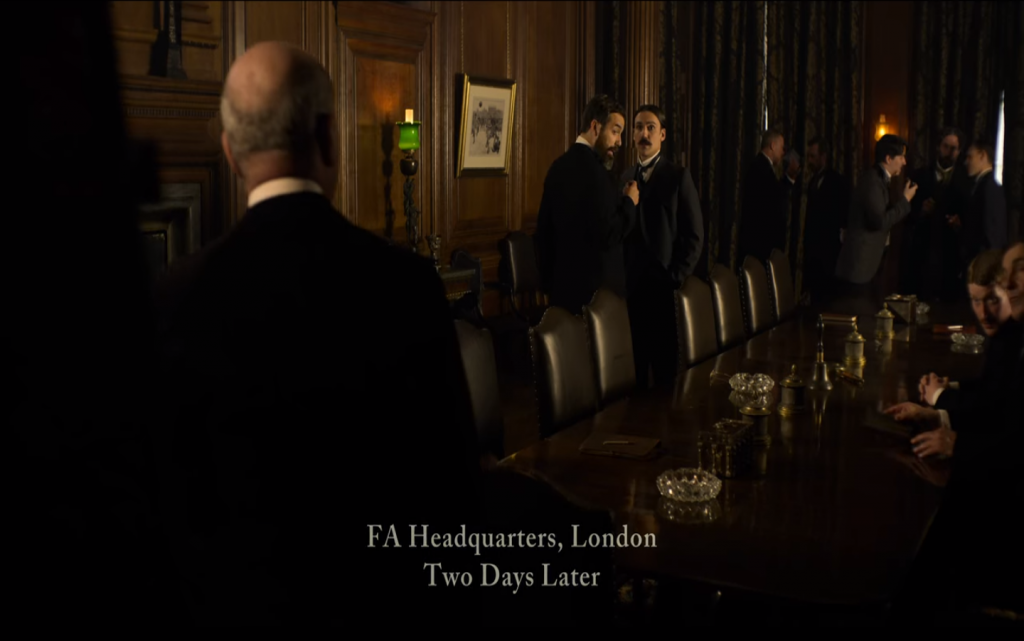 Croxteth Hall has been home to many productions over recent years, including Peaky Blinders, The War Of The Worlds, The Irregulars, and Tolkien to name a few.

The Making of The English Game

Go behind-the-scenes on location at Croxteth Hall with Netflix and hear stories from the makers of the new Julian Fellowes show.

Watch the trailer for The English Game below:

Watch The English Game on Netflix

The English Game is now streaming on Netflix. Look out for the Liverpool locations and watch now!

Liverpool City Region is the most filmed region in the UK outside of London. A unique, diverse range of locations including urban and period architecture, beaches and rural locations means the region can double for any other, most commonly for New York, London and more recently Moscow and Washington DC.