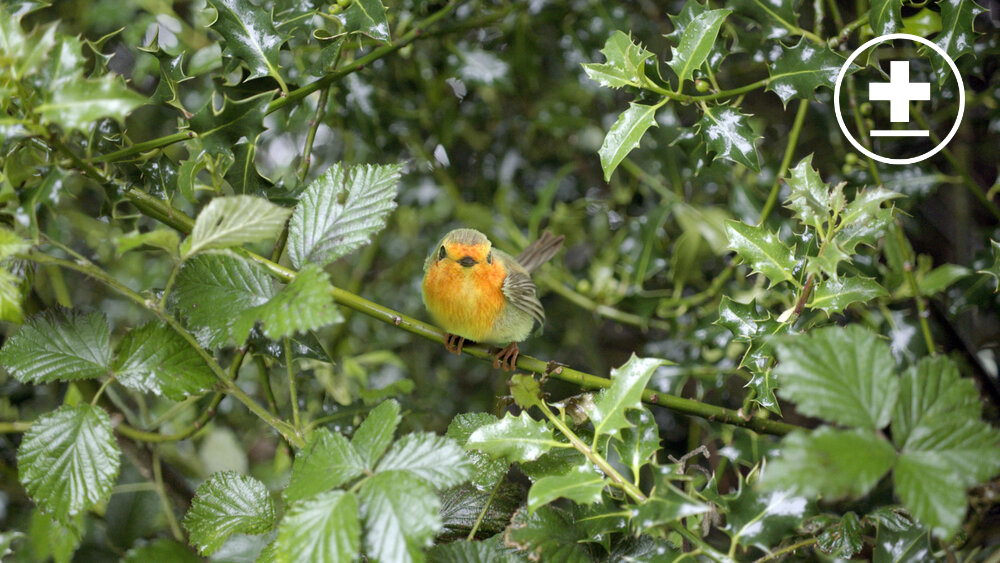 INTERVIEW: Sparkle VFX on their story so far, the future & Virtual Production

Following their work on two BBC productions (Worzel Gummidge, The Snow Spider) and a BAFTA nomination for Visual Effects from the 400+ shots for the Children’s favourite Christmas special; Glenn Maguire, Creative Director of Liverpool’s Sparkle VFX reflects on some of his proudest moments, and looks to an innovative future with a technology & design driven venture.

Can you tell us about your journey into the world of VFX & how you came to Sparkle in Liverpool?

“I established Sparkle in 2005. We hit the ground running and picked up a lot of work from the BBC. Everything was starting to be shown online and we’d already adopted that method of working. Our VFX skills grew as years went by, software became more accessible, as a studio we were collaborating further and wider, learning a lot from our peers. We’ve always dived head first into technology and learning. I like to know what’s in our toolkit, so when a client arrives we can provide solutions bespoke to their project. One of our biggest assets is our ability to think, anyone can use software, not everyone can form solutions and ideas.”

There’s so much specialisation in the visual effects sector – What are Sparkle VFX’s roles & responsibilities on the projects you work on?

“Our role in a project can be several, all neatly tied together. Our initial role is to direct VFX and direct the VFX creative, designing shots and the CG elements within the shots. If a project has no real style guide, we can design all the elements which will give direction to any other artists working on the project. From here on in we’ll deal with the animation and compositing of the majority of shots. We mainly render in-house, across the years we’ve built up quite a sizeable render farm.”

What project(s) are you most proud of?

“I’ll always be proud of doing Worzel Gummidge. It was great working with Kris over at Leopard Pictures, he’s one of the nicest people I’ve ever met in the industry. Off the back of that being nominated for a BAFTA for VFX was a little bit amazing. 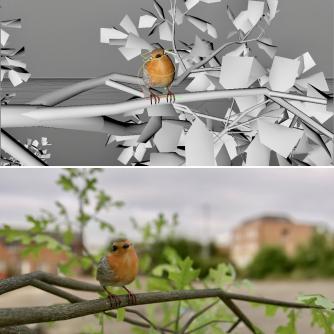 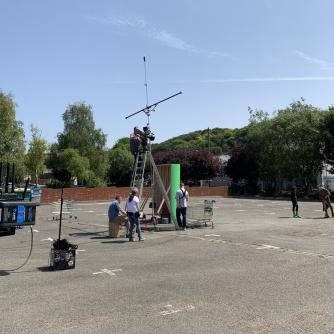 “I’m also really proud of the promo for the Terracotta Army coming to Liverpool. Budget was non-existent, time frame was two weeks, we came up with the idea and the execution in about 24 hours. It went on to pick up a few awards too, beating the Mill on the night. It took a lot of expertise to pull the design and knowledge to produce it out of the bag.”

Liverpool’s World Museum welcomed 610,000 visitors to the Terracotta Warriors exhibition in 2018,  making it the most visited World Museum outside of London.

“Recently myself and Creative Director at Smiling Wolf, Simon Rhodes, have established a new company we’re launching this year… People & Pixels. It aims to be a bit of boutique design agency which uses design and tech to produce projects using VFX, Film and VR. Pulling together great design paired with cutting edge tech from our world is really exciting, UAV’s, VR, Virtual Production to produce short film, advertising campaigns is where we’re at the moment – we’re really looking forward to pushing it out. 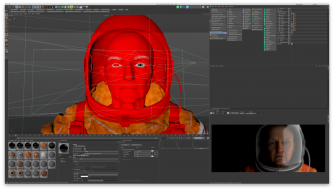 Stills from the short ‘Impossible Landscapes’ that the team at Sparkle are currently producing in their downtime.

What are the biggest challenges in your role?

“Keeping up with tech to create fresh ideas is very demanding, the world around us changes so fast. We’ve always invested as much back into ourselves as possible, it can be a very expensive business but in turn it keeps our work flow and ability to generate ideas to the forefront. When anything new arrives, whether its a drone (which we use to 3D map on set or produce VR) or new software, they all take time to master. I’ve never been one for just jumping in because everyone else does… take time to master it and be the best we possibly can.

What would be your dream project to work on?

“Everybody has a film in them. We have a few kicking around our studio, we’re all short film fans. They’re achievable and can still hold really high end production values. We’re currently heavily investing in Virtual Production and the film ideas we have would be amazing to utilise this tech. 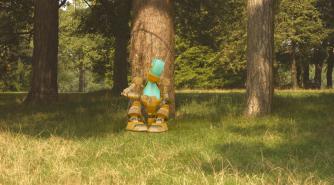 We have a plan towards the middle of the year to slow down studio production and make a couple of short films using all of the production knowledge we have. We’ve grown as a studio, I’ve grown! I finally feel comfortable with the title of creative director, I’m ready to direct. So I’d say watch this space, we’ll make a few small films later in the year, the tech we use has given us great ideas for film, apps, VR… we just need the time to get on with it.

What are the biggest opportunities for people looking to work in the VFX industry i.e. university/self-taught routes?

“I’d have to go with self-taught. This industry is not glamorous , the majority of Uni Courses (not all, there are some great ones) seem to glamourise and build it up. Then once the student leaves, they’re on their own and £50k in debt. YouTube is a wonderful place, you can learn anything. Couple this with a work placement and a bit of mentoring and great things can happen. Our industry isn’t about glamour, it’s about the love of light, science, problem solving. Making things pretty is really easy, figuring out how to make that work is much more exciting. I was never interested in working in films, I was always interested in solving the problems that lead me into films.

How are Sparkle VFX adapting to work in the current climate and how has the process been working with clients?

“The current situation hasn’t impacted the way work all that much. Our team aren’t all based in Liverpool, so we’ve always been set up for remote working with the Liverpool office being the hub of contact. We have online review systems set up which we’ve been using for many years both client facing and internally for review.

We’d just started to invest in virtual production just before lockdown, this tech has forced us down new avenues which have blown our minds. We’re now using gaming engines to produce VFX content, producing photo real sets and scenes without having to go film or utilise a massive post-production process. This is an avenue we’ll continue investing in the rest for the year, there’s things we’ve discovered which may change our pipeline completely. Offering clients far more than they imagined they could have without leaving the office, this will feature heavily in the newly launched People & Pixels. 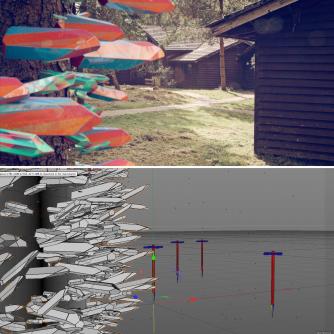 What do you look for in new talent?

“In terms of what we look for in people, people who listen and are able to learn. We don’t expect new juniors to understand everything, we just expect them to have a basic understanding of our language and more so our design sensibilities. Lots of people dive into software these days with no appreciation of design and how much it effects the overall project. We get a lot of applications from people, some simply state.. “I like what you do give me a job..”

On our website we’ve made it really easy for people – we don’t want a CV. If a CV is attached, it gets deleted straight away, we only want people who listen and can follow instruction. A CV tells me nothing… all we ask for is to say hello, what’s your uptown and one or two images. From that we can see a lot in people and we’ll get back in touch.

Unfortunately most people send their uni reel or a tutorial they’ve seen, I’ve seen every tutorial too. We’re very open for people coming to chat about a a career, what they need to know, how to approach it. I always reply to the simplest of questions and help where I can.”

For more information about Sparkle VFX and to see more of their work, visit their website: sparklevfx.com